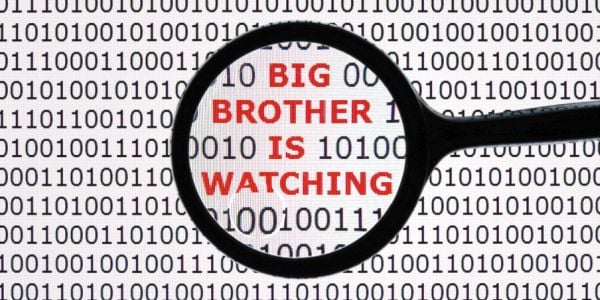 A "Big Brother" scheme in which the Scottish government sought to appoint a person to spy on every child is going down in flames.

The law was overturned three years ago by the nation's Supreme Court because of privacy violations, but government officials had been trying to revise and revive it ever since.

The Christian Institute, which fought the law in the courts, this week confirmed parents are celebrating because the government "officially announced the end of the intrusive Named Person scheme."

Institute Director Colin Hart said ultimately it was opposition from parents that killed the law.

Under the original plan, every child in Scotland was to be assigned a "named person," a government agent instructed to oversee his or her "wellbeing" and "happiness."

The government bureaucrat would have the authority to override parental decisions concerning the child based on the government's criteria.

Parental rules for curfews, limits on access to television or electronic devices could be overruled. The government's authority would even have extended to health decisions.

But Education Secretary John Swinney announced the government would repeal parts of the Children and Young People Act 2014 and bring a formal end to the scheme.

"Parents will be delighted and relieved at this news," Hart said.

"For years we have said this scheme is wrong in principle. It is parents, rather than the state, who have the ultimate responsibility for raising children. The threshold for state intervention in the family has always been set high and it should remain that way. The Supreme Court underlined this in its ruling on the scheme.

"Some local authorities in Scotland may continue with something called a named person scheme, but it is legally toothless," he said. "We give thanks to God for this decision, and I want to thank all our supporters who have prayed and worked towards this day over the past five years."

The Herald Scotland reported the government had appointed a panel to try to enact the law. But the panel reported back to Government last month that redesigned information-sharing guidance was not the right thing to do and it was not possible to come up with workable rules that would be easy for people to understand.

The institute had said all along that a watered-down version would not succeed.

When the Named Person program was first proposed in 2014 it called for "covert" psychological tests on children, including "questions on their home life, their sexual health and whether or not they feel close to their parents."

And WND reported when the Scottish government was training cab drivers to spy on children they drive to schools. The drivers even were instructed to inform teachers if they heard something that is concerning.

The nation's high court, however, rejected the proposal in 2016 as in violation of human rights.