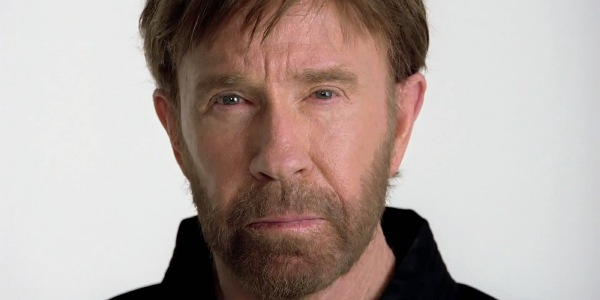 At times, there are issues we would rather not talk about but must. Certainly, suicide has historically been high among them. Yet it stands today as the 10th-leading cause of death for people of all ages in the United States. It remains a major public health problem and a tragedy that warrants society-wide recognition and discussion and a public health commitment.

To stimulate such commitment and discussion, Sept. 8 to 14 is designated as National Suicide Prevention Awareness Week. To shine a light on this crisis of global proportion, the World Health Organization designates Sept. 10 as World Suicide Prevention Day.

Every 40 seconds, somewhere in the world, someone takes their own life. That equates to nearly 1 million people worldwide every year. According to the U.S. Department of Health and Human Services, suicide is the leading cause of death for people ages 15 to 29. For every suicide, there are as many as 40 suicide attempts in the United States. Men, women and young people are dying. If we are to ever reverse this pattern, we must come to terms with a perplexing issue that remains difficult to understand, hard to investigate and so challenging to prevent.

I am also reminded that Veterans Day is fast approaching (Nov. 11). Not to be confused with the recently observed Memorial Day, Veterans Day is set aside to celebrate the service of all U.S. military veterans. According to data compiled by Military.com, in 2018, the U.S. military experienced the highest number of suicides among active-duty troops in six years. A total of 321 active-duty members took their lives that year. As troubling as that is, according to a Reuters Health report, veterans are potentially more likely to die by suicide during the first year after they leave the military than after more time has passed. Veterans are 21 percent more likely to take their own lives than their civilian counterparts. It's alleged, though unsubstantiated, that between 50,000 and 100,000 Vietnam veterans have taken their own lives since 1980. Official investigations rebuke this figure, setting it closer to 10,000 deaths between 1980 to 1990.

TRENDING: Collins: Schiff missed coronavirus signs because he was distracted by impeachment

According to a study conducted by the Naval Postgraduate School in Monterey, California, compared with people still on active duty in the military, veterans out of the service for up to three months were 2.5 times more likely to die by suicide. Veterans who left the service from three to 12 months earlier had almost triple the suicide odds of current members of the military. The study found that six years after leaving the military, veterans still had a 63 percent higher risk of suicide than those remaining in military service.

While service members benefit from the positive psychological impact of belonging to a group with a shared mission during deployment, many of those discharged from service enter a world of isolation. Civilian experiences from unemployment to financial hardship to housing insecurity may all factor into risk of suicide, though military clinicians admit that data are lacking on civilian experiences of those discharged from service. They do know that many recently discharged veterans continue to avoid seeking professional psychological help when they need it.

"Unfortunately, despite numerous efforts to reduce stigma and other barriers to care, stigma remains pervasive in society," Dr. Charles Hoge, a senior scientist at the Walter Reed Army Institute of Research, tells Reuters. Findings suggest that many veterans may need mental health services long after they return home.

Military suicide has occurred for centuries in branches of service around the world. As a medical problem, "it has mostly been overlooked or ignored," writes Simon Harold Walker, a suicidologist and medical historian at the University of Strathclyde, in a Time magazine report. It is time for that history to be acknowledged, researched and publicly debated.

Most people today do not have any direct connection to the unique challenges of military life. Less than 1 percent of today's U.S. population is currently serving in the U.S. military, compared to 12 percent during World War II.

Approximately 180,000 men and women volunteer for and enter active-duty forces each year. Who are these men and women who make up the less than 1 percent? According to one report, 84 percent of marine recruits are age 20 or younger. Today, approximately 1 in 5 enlisted members and officers in the Air Force and Navy are women. In 2015, there were an estimated 18 million veterans in the United States.

Within the world of civilian life that new veterans are now entering, few communities have escaped an over two-decade increase in suicides. These surging rates have contributed to a sustained decline in life expectancy in the United States. For us, it remains a growing American tragedy. It is crucial that we, as well as other countries around the world, recognize and face the problem. As Simon Harold Walker writes, we must do this to "understand the past and to save lives in the future."

Chuck Norris
Chuck Norris is the star of more than 20 films and the long-running TV series "Walker, Texas Ranger." His latest book is entitled The Official Chuck Norris Fact Book." Learn more about his life and ministry at his official website, ChuckNorris.com.
Wisdom from a U.S. hostage about COVID-19 isolation survival
Will coronavirus lead to martial law?
China is exporting far more than coronavirus
Reflections on my 80th birthday: I'm just getting started!
A new Texas posse – K9-style
See more...

Collins: Schiff missed coronavirus signs because he was distracted by impeachment

'Shocking' list of what's killed the most people in 2020