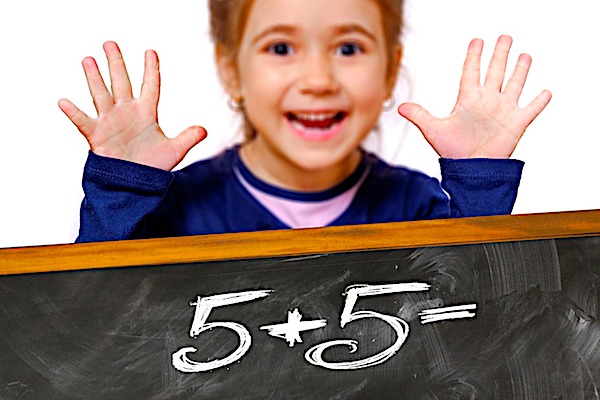 Some may regard mathematics as a last bastion of academics immune to political correctness, or "wokeness," as some prefer.

But an advisory committee wants to warn students in Seattle Public Schools that they have been victims of a racist system that has used math as a tool of oppression, reports Jason Rantz, an afternoon host on KTTH radio in Seattle.

The novel approach to the discipline comes from a preliminary "Math Ethnic Studies Framework" produced by an Ethnic Studies Advisory Committee under the Seattle Public Schools superintendent.

It wonders, "Who gets to say if an answer is right?"

The premise is that math has been manipulated to allow inequality and oppression to persist.

"Who is doing the oppressing?" the proposal asks.

Rantz comments: "Ironically, if you subscribe to this social justice world view of math, and teach anyone that there's no such thing as correct answers, you will be doing immeasurable and, yes, oppressive, harm to students."

He points out the companion U.S. History Ethnic Studies Framework declares "the United States government was founded on racist intellectual premises and economic practices that institutionalized oppression of people of color that continues to the present day."

"The ESAC is made up of a number of educators and was created due to a legislature mandate to 'advise, assist, and make recommendations to the office of the superintendent of public instruction regarding the identification of ethnic studies materials," the district said in a statement.

The district said the committee will meet throughout the next year to meet a Sept. 1, 2020 deadline to present final recommendations.

"The Superintendent’s office notes that the document is a review of the work done by districts so far, but not necessarily a finalized recommendation list, which isn’t yet due," the statement said. 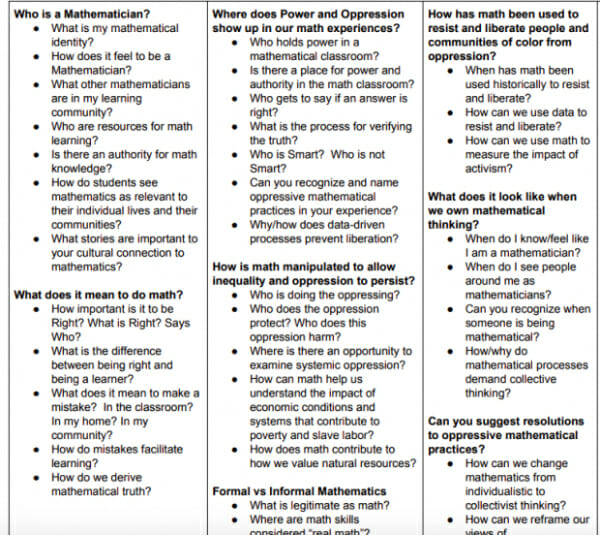 Columnist Rod Dreher commented that in the future, "historians will look back upon the suicide of our civilization and will see this poison for what it is."

"In Seattle, the city’s public schools have decided that everything, even mathematics, has to be seen through the lens of oppression and racism."

Dreher said the young people "who are going to learn real math are those whose parents can afford to put them in private schools."

"Eventually, bridges are going to start falling down," he said. "That too will be the fault of Whiteness."