On Feb. 24, 1980, authorities found skeletal remains in a wooded area along Fly Creek in Amboy, Washington.

For decades, the identity of the "Fly Creek Jane Doe" was unknown. But thanks to modern advancements in genetic genealogy, investigators discovered and released her identity earlier this week.

Thirty-nine years ago, the Clark County Sheriff's Office was able to determine that the skeletal remains likely belonged to a female in her mid-to-late-teens who died as the result of a homicide.

Investigators attempted facial reconstructions over the years, but none were successful, according to a news release.

In 2019, however, the sheriff's office reached out to Parabon NanoLabs, a DNA technology company, to help them identify the victim.

Parabon first built a phenotype -- a group of predictions about physical traits based on DNA evidence -- of the Fly Creek Jane Doe.

They built predictions of her eye color, hair color, skin color and face shape based on her ancestry. 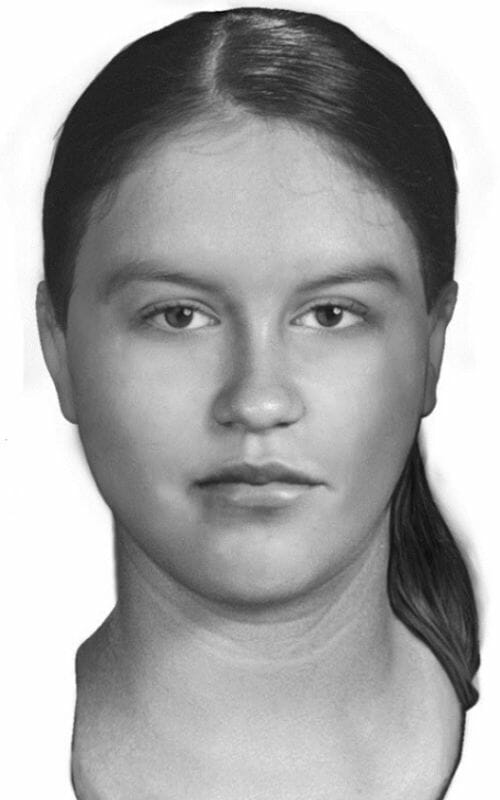 Before investigators discovered Sandra Morden's identity through genetic genealogy, this is one of the facial reconstructions they developed to help solve her case. (NamUs)

Genetic genealogy is a process where investigators take a DNA profile from an unidentified person and compare it to a database of other DNA profiles, like GEDmatch, in hopes of finding a relative.

If the relative is distant, then genealogists begin building a family tree from the matched DNA profile in order to identify the John or Jane Doe.

"Using online genealogy databases, newspaper archives, public family trees, obituaries, and other public records, family trees of the DNA links are constructed to reach back to the set of possible common ancestors," the Clark County Sheriff's Office further explained. "Descendant research is then employed to enumerate the possible identities of the unknown subject."

Through these processes, Parabon determined that the Fly Creek Jane Doe was Sandra "Sandy" Morden, a teen girl who went missing in 1977. She lived with her father in both Portland and Vancouver at the time she went missing.

She was around 15 years old at the time of her disappearance.

The Clark County Sheriff's Office reached out to one of Morden's family members and received a "family reference DNA sample" which helped confirm that the Fly Creek Jane Doe was in fact Morden.

Even though one big mystery in the Fly Creek Jane Doe case has been solved, authorities are still looking for the person or persons responsible for Morden's death.

If you have any information that could help the Clark County Sheriff's Office, including the whereabouts of Morden between 1977 and 1980, please call their tip line at (360) 397-2036.