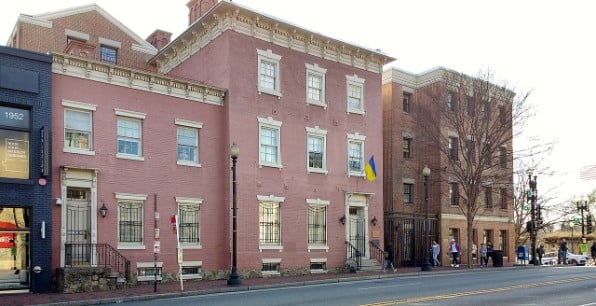 Countering media claims that there is "no evidence," the Ukrainian ambassador to the United States has confirmed that a Democratic National Committee contractor went to the Ukrainian embassy in Washington seeking dirt on Donald Trump in the spring of 2016, according to investigative reporter John Solomon.

But Solomon said he has a statement from Ukrainian ambassador Valeriy Chaly that DNC contractor Alexandra Chalupa came to the Ukrainian embassy in spring 2016 and "asked for help in finding dirt on Donald Trump in hopes of staging a congressional hearing to hurt Donald Trump in the fall election of 2016.

"What did the embassy do? They say they recognized this request for what it was, an improper efforts to influence the election and they refused to cooperate with Miss Chalupa," Solomon said.

"That is a very important confirmation of something that the rest of the media is calling a tinfoil hat conspiracy," he said.