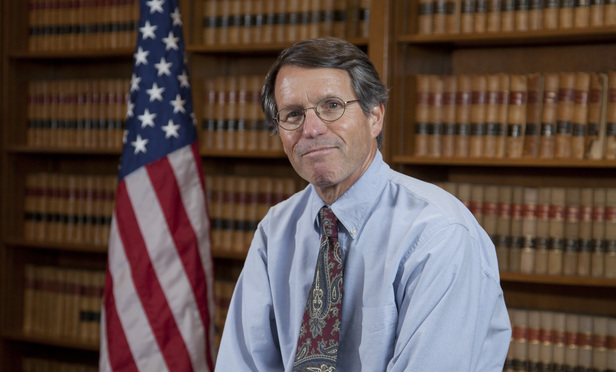 The civil claim is against David Daleiden and Sandra Merritt for their undercover videos in 2015 exposing Planned Parenthoods profiting from the sale of baby body parts.

The defendants argue the videos complied with California law,  which forbids the recording of "private conversations," because they were recorded in public places such as conventions and restaurants.

Judge William Orrick, however, has rejected testimony and evidence that the recordings were made in public.

The judge previously refused the request of defendants to recuse himself from the case because of his conflict of interest.

Liberty Counsel, which is defending Merritt, pointed out it's "the jury’s job to assess whether the conversations recorded in the videos are 'private' or 'confidential' under applicable state law."

"However, at Planned Parenthood's request, Judge Orrick has refused to allow the defense to show the jury the exact video clips that reveal the conversations were done in public places and how Planned Parenthood provided baby body parts for sale."

The civil case is a prelude to a criminal case pursued by the state of California against the defendants.

The undercover video investigation resulted in the closing down of at least two companies that had been buying body parts from abortionists. The companies were forced to pay penalties of millions of dollars to the state of California. Congress also asked prosecutors to review whether there should be federal counts against the abortionists.

Liberty Counsel notes that in one video a Planned Parenthood doctor "brags, while dining at a very public restaurant in Pasadena, that she wants a Lamborghini as she negotiates prices that Planned Parenthood would charge for human livers, thymus, brains, hearts, lungs and other body parts."

"She also stated that a 'less crunchy technique' is used in the abortion process to get better human organs," Liberty Counsel said.

"Instead, the court is allowing Planned Parenthood to play only very carefully edited snippets of innocuous things like people saying 'hello.'"

Merritt and Daleiden, the founder of the Center for Medical Progress, were aware of the recording laws in California and elsewhere, Liberty Counsel said, and "went out of their way to ensure that they only recorded in public places where non-participants to the conversations could overhear them."

Another exception to the undercover recording ban is if the videographer believes illegal activity is taking place, Liberty Counsel explained.

"When Merritt took the witness stand last week, Planned Parenthood questioned her extensively about her involvement in the undercover videos. She reaffirmed multiple times that she accepted the job working on the undercover project to investigate violent crimes committed by Planned Parenthood and others in trafficking baby body parts. Merritt testified that she received information and evidence that led her to believe that Planned Parenthood and others in the abortion industry were engaging in very serious criminal conduct such as: profiting from the sale of human organs; changing abortion procedures to maximize the number and value of organs that could be sold; and harvesting organs from human beings born alive during abortion procedures. Merritt believed that the public had a right to know that these things were taking place."

However, when Liberty Counsel's vice president of legal affairs and chief litigation counsel, Horatio Mihet, questioned Merritt on the stand "about what she had learned from information provided by StemExpress/Planned Parenthood Mar Monte whistleblower Holly O’Donnell, Judge Orrick paused the proceedings, ordered the jury to take a break, and instructed Mihet not to continue that line of questioning."

"When Merritt later began to describe learning about the Langendorff perfusion device used to keep a living heart beating outside the body, and its requirements to cut a beating heart out of a fetus, Judge Orrick cut off Merritt’s answer."

The judge's interest in abortion could be explained partly by a Federalist report that Orrick not only was appointed by Barack Obama, "the most extreme proponent of abortion ever to hold the White House," but also was a top fundraiser, bundling at least $200,000 for Obama, according to Public Citizen reports.

Orrick’s wife, Caroline Farrow Orrick, partners with her husband in their political decisions and she is his co-bundler according to Public Citizen.

"Her YouTube user page shows that the first video she ever 'liked' was from an extreme pro-abortion group called the Center for Reproductive Justice. The slick, celebrity-laden video called for people to sign a 'bill of rights' that asserts a right to abortion on demand through all nine months of pregnancy, a position shared by very few Americans. It further calls for taxpayer funding of contraception, abortifacients and abortion. And, finally, it says that all health care plans should be required under penalty of law to cover abortion, abortifacients, and other anti-reproductive services — even if they have religious objections such as those held by the Little Sisters of the Poor," the report said.

The report noted that among groups she "likes" is Keep America Pro-Choice.

"One of the more alarming 'likes' on Mrs. Orrick’s Facebook page is of the Sisters of Perpetual Indulgence, which are basically a campy gay version of Westboro Baptists. The group has been around San Francisco for 35 years, beginning when a few men obtained nun habits under false pretense. Members adopt profane names and blaspheme Jesus Christ and the Christian church. Some twenty years ago, the group began an Easter Sunday pub crawl parodying the stations of the cross, and sending up the Virgin Mary, Mary Magdalene and other saints revered by Christians. They end the event by mocking the Eucharist with vanilla wafers and Jägermeister. They also hold a 'Hunky Jesus' contest where men compete to be the sexiest Jesus look-alike. The group also supports abortion and has partnered with Planned Parenthood in the past," the report said.