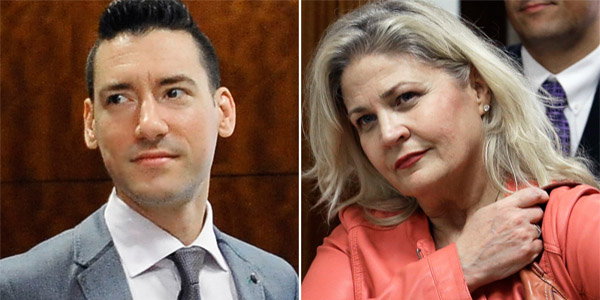 Lawyers for a defendant in a civil action in California over the 2015 undercover videos that exposed Planned Parenthood and the American abortion industry's profiting from baby body parts say lawyers for abortionists have flubbed.

The civil lawsuit by abortion interests targets David Daleiden, Sandra Merritt and the Center for Medical Progress, including board member Troy Newman.

They released a series of videos that show, among other things, one abortionist seeking higher pay for baby body parts because "I want a Lamborghini."

The civil case, in which abortionists are seeking monetary damages for the videos, are a prelude to the criminal case pursued by the state of California against the defendants.

They are accused of secretly recording private conversations in public locations such as conferences and restaurants, even though the law provides an exception for such locations.

The American Center for Law and Justice is involved in a defense of Newman against Planned Parenthood's claims, as Liberty Counsel is defending Merritt and the Thomas More Law Center also is involved.

"She is the pro-life grandmother who went undercover to expose Planned Parenthood. The judge in the case has said that the abortion-related nature of the videos should not be the focus of the trial. But the attorney for Planned Parenthood opened the door by asking Merritt why she recorded her conversations with the Planned Parenthood doctor. And the judge allowed it.

"Merritt’s answer was that her main reason for participating was to see if Planned Parenthood was engaged in criminal activity," ACLJ said. "She said that she went undercover to see if abortionists were really willing to alter the abortion procedure in order to profit from the sale of human body parts, such as performing partial-birth abortion. She also wanted to see if any other laws were being violated."

ACLJ Chief Counsel Jay Sekulow previously explained that abortionists "had fought tooth and nail to keep this information from coming to light, and now their own attorney opened the door. This is a very big deal in this case."

The trial is expected to continue into November.

At the heart of the dispute is whether the recordings were made in locations that were private. California law forbids recording private conversations but does not forbid them when they are in public places, such as restaurants, where many of the videos were made.

That issue is integral to the criminal charges the pro-abortion activists in the state attorney general's office filed against the same defendants.

Judge William Orrick's impartiality also has been questioned because he was on the board of a community group that worked with Planned Parenthood.

The video investigation resulted in the closing down of at least two companies that had been buying body parts from abortionists. The companies were forced to pay penalties of millions of dollars to the state of California. Congress also asked prosecutors to review whether there should be federal counts against the abortionists.