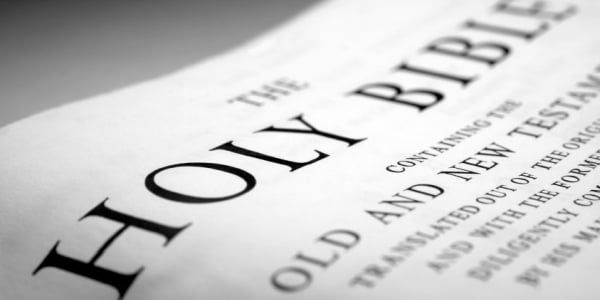 The blacklisting of a London actress for posting a Bible verse about homosexuality on Facebook several years ago reflects a "chilling" message society is conveying to Christians, says the head of Britain's Christian Legal Center.

The message, said Andrea Williams, is that if you "express and hold mainstream biblical views, you will be punished and will lose your career if you do not immediately renounce your beliefs."

Williams was commenting on the case of Sevi Omooba, who was dropped by a West End theater when someone reported a 2014 Facebook post in which she said homosexual behavior is wrong.

CLC is representing Omooba in a lawsuit claiming breach of contract.

CLC said the case raises the question of whether Christians can "hold and express opinions and interpretations of art, literature and drama in ways that are contrary to LGBT ideology."

Last March, Omooba, 25, was given a lead role as Celie in Leicester Curve and Birmingham Hippodrome's production of "The Color Purple."

"Miss Omooba had developed her raw talent from a young age singing gospel in church and studying performing arts at Anglia Ruskin University," CLC said. "She had already built up a portfolio of performances, among them parts in 'Hadestown' at the National Theatre, 'Little Shop of Horrors,' 'Spring Awakening,' and had played the role of Nettie in the Cadogan Hall production of 'The Color Purple.'"

CLC noted that in a review of her full debut in the West End musical "Ragtime," Omooba was described as "jaw-droppingly good, and her ferocious gospel vocals … pin you to your seat. This is her professional debut, and she’s someone to watch.'"

In the production of "A Color Purple" at Cadogan Hall, her depiction of the character of Nettie was described as capturing the "very heart of her character."

Williams said that what happened to Omooba "was cruel and has damaged the career of a highly talented young artist for a Facebook post she had made four years ago."

"Here you have a young Christian woman, with what critics have described as having a 'ferocious' talent, being sacked and blacklisted for expressing what the Bible says about homosexual practice, the need for forgiveness and God’s love for all humanity. This is another in a string of cases involving Christians being hounded out of their careers because they love Jesus.

"The presence of a homosexuality theme in the play is a very poor excuse for discriminating against a Christian actress. If we were talking about a lesbian actress playing a Christian character, nobody would dare to suggest that her sexual lifestyle would make her unsuitable, and that you could fire her without breaking the law," Williams said.

"This story sends a chilling message to Christians."

CLC said the controversy was created by an unknown social media commenter who cited a posting from the actress in 2014 in which she put on her personal Facebook page a statement that the Bible is clear on homosexuality.

Citing a Bible verse, she wrote: " I do not believe you can be born gay, and I do not believe homosexual practice is right, though the law of this land has made it legal doesn’t mean it is right. I do believe that everyone sins and falls into temptation but it’s by the asking of forgiveness, repentance and the grace of God that we overcome and live how God ordained us to."

The character she played in "The Color Purple" is considered lesbian by some observers, but actress Whoopi Goldberg, who was in the movie version, said the production "has nothing to do with lesbianism."

CLC said Omooba was notified by her agency, Global Artists, that she would be dismissed from the production unless she renounced her Christian beliefs. She refused.

Leicester Curve Theatre and the Birmingham Hippodrome then released a statement confirming she was fired.

Since then, another agency told her: "Homophobia is illegal. It is not a matter of faith." Another said it would help her once she came "to her senses."

The theater tried to avoid the lawsuit by offering her full wages for the role she had been selected to play, but Omooba said, "For me it’s not about the money or my face – it was about telling and expressing Celie’s story, as I interpret it as a performer, because that is what I love to do.

"I want our society to be more open to both sides of the debate and to accept that many Christians do not believe homosexual practice is right. Even though there are differences in belief, we need to be more loving to each other, we need to understand each other’s struggles – that is what my post in September 2014 was all about. No one should be treated as I have been because of expressing these beliefs," she said.