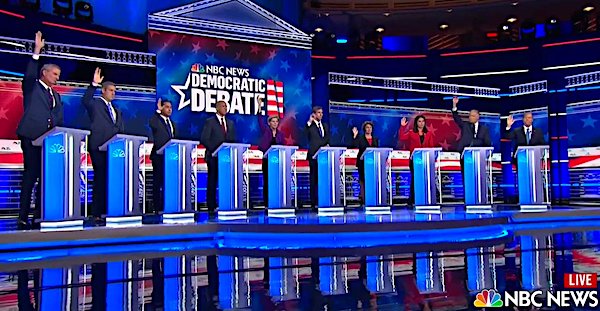 The United States has an unconventional Republican president who touts the fulfillment of campaign promises such as a booming economy and moves to end "endless wars" and curb China's tilting of trade in its favor.

Republicans by and large like that. Democrats hate it. And independents are in the middle.

And, according to an averaging of polls by Nate Silver's FiveThirtyEight, the views of each demographic of the current impeachment inquiry line up on partisan lines as well.

"As you can see … Democrats are strongly in favor of impeachment, Republicans are strongly opposed and independents hover somewhere in between."

The analysis shows that for months the opponents of impeachment have been in the majority. But that changed recently when a whistleblower with a bias against the president, according to the intelligence community inspector general, filed a complaint based on hearsay knowledge of President Trump's July 25 telephone call with the Ukrainian president.

The Democrats claim Trump engaged in a quid pro quo, threatening to withhold U.S. aid unless Ukraine investigated Hunter Biden's receipt of more than $50,000 a month from a Ukrainian company while his father was Obama's point man for Ukraine policy. The White House contends a transcript of the conversation it released after the filing of the whistleblower complaint shows there was no quid pro quo, and the Ukrainian president insists he felt no pressure.

The FiveThirtyEight site notes that 11.8% of Republicans support "impeachment, while 84.3% of Democrats do. Only 47.5% of independents are on board.

Included in the polling average is the Emerson College poll, which shows support for impeachment is 18% among Republicans, 75% among Democrats and 48% among independents.

The SSRS poll shows just 6% support among Republicans, 87% among Democrats and 50% among independents.

And Survey USA said support among Republicans was 12%, Democrats 85% and independents 50%.