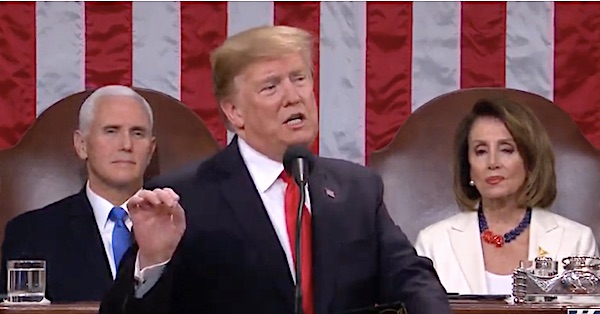 Sen. Mike Lee, R-Utah, on Wednesday called for suspending the American Bar Association's "unique access" to Senate judicial-nominee hearings and to investigate the organization after it launched a personal attack on a Trump nominee for the 9th U.S. Circuit Court of Appeals.

The ABA wrote a letter to the Senate Judiciary Committee complaining that VanDyke "would not say affirmatively that he would be fair to any litigant before him, notably members of the LGBTQ community."

The letter, without citing sources, referred to concerns raised to the ABA that he is "arrogant, lazy, an ideologue, and lacking in knowledge of the day-to-day practice including procedural rules."

"This eleventh-hour attack and attempted character assassination of a brilliant lawyer was spearheaded by VanDyke's former political opponent, and it should be rejected without further consideration," he said.

"VanDyke defended America’s most cherished freedoms – including the dignity of the individual and the freedoms of speech, religion, and more – as a public servant and in private practice. Anyone who validates the ABA's political smears is woefully ignorant of VanDyke's qualifications and professionalism."

On Wednesday, VanDyke broke down in tears during a Senate Judiciary Committee hearing while responding to the ABA's charges.

"It is a fundamental belief of mine that all people are created in the image of God. They should all be treated with dignity and respect, senator," he said, reported BigPacReview.

He told the senators he had not been given the chance to respond to the allegations when he was interviewed by the ABA.

The senator said that would explain the "totally ad hominem nature of this disgraceful letter."

VanDyke is a Harvard graduate, editor of the Harvard Law Review, clerked for Janice Brown at the D.C. Circuit, served as state solicitor general in both Montana and Nevada and is counsel of record for 39 Supreme Court briefs.

Former Nevada State Bar president Alan Lefebvre responded to the ABA: "Lawrence’s reputation for excellence in all he strives to do shines through by a sampling of his written product. It would be impossible for a reviewer to challenge such a qualified nominee’s abilities unless he was yoked with an ideologue’s agenda."

Judicial Crisis Network's Carrie Severino said, "Even for the ABA, this is beyond the pale."

Lee: 'The time has come'

Sen. Lee pointed out to VanDyke that the ABA was calling him a homophobic bigot.

"The time has come, Mr. Chairman," he said, "to suspend the unique access that the American Bar Association has, until such time as a thorough investigation and review is undertaken to inquire into how these functions are performed."

Hawley agreed, suggesting the ABA be considered nothing more than another "special interest group."

On Twitter, Davis said the "ABA's secret evaluator ... may have a political ax to grind."

He also wondered whether the ABA would release its "secret evidence."

Davis said the "2 bottom lines" are "The ABA is a liberal dark-money group, fronting for trial lawyers who donate millions of dollars to Democrat politicians."

He also said the evaluation process is "fatally flawed" since it uses "liberal activists ... with a subjective, black-box process that oftentimes results in unfair hits on conservative judicial nominees."