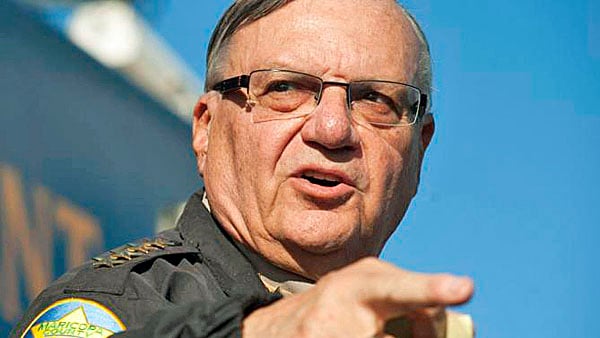 A lawyer for Joe Arpaio, known as "America's toughest sheriff," says he will seek to amend a lawsuit against major media outlets after the judge cited a lack of "specificity" in its allegations of "malice."

The complaint was brought to federal court in Washington by Larry Klayman, founder of Freedom Watch and a former federal prosecutor.

The case was before Judge Royce C. Lamberth, who, according to Klayman, "admits that the defendants published false statements that harmed Arpaio."

But Klayman said the judge "erroneously" found Arpaio did not plead "actual malice with enough specificity."

"Nothing in this opinion should be understood to be an endorsement of defendants' errors," the judge wrote. "The court is especially bothered by the conduct of Rolling Stone and the HuffPost defendants, whose errors were not even substantially true. The media is entrusted with the important responsibility of reporting on issues of great public importance so that the American people can make informed decisions at the ballot box and elsewhere.

"Mistakes, honest ones or otherwise, often cause much harm to public figures like Mr. Arpaio and diminish voters' abilities to impartially weigh the issues that affect them. Later corrections or even apologies of untruths rarely correct the original harm caused," he said.

Klayman responded: "Judge Lamberth is one of the few courageous and intellectually honest judges on the federal bench today. I am reasonably certain, based on the law, that he will allow Sheriff Arpaio to amend the complaint, in order that this case can move forward to discovery and a jury trial. Indeed, leave to amend, under the Federal Rules of Civil Procedure, is to be freely granted, particularly when justice so requires. Judge Lamberth's ruling acknowledges this injustice."

Klayman said he was in the process of requesting permission to amend the case.

The complaint alleges the "sophisticated news organizations knew or had reason to know that Sheriff Arpaio is not a convicted felon, but was wrongfully found liable for a simple misdemeanor by a Clinton appointed judge who denied the sheriff a jury trial."

Even that count was pardoned by President Trump.

"Thus, defendants acted with actual malice and a reckless disregard for the truth, at minimum, in defaming 'America's Toughest Sheriff,'" Klayman said.

The Washington Times reported the Huffington Post claimed he was "sent to prison" for a conviction.

Arpaio 's misdemeanor, which was pardoned by President Trump, was the result of a long running battle with activists who wanted to rein in Arpaio's enforcement of federal immigration law, charging him with racial profiling.

However, the misdemeanor conclusion was not final, and Arpaio was appealing it when he was pardoned.

Arpaio served in the U.S. military, and following his discharge in 1953, was part of the team that later became the Drug Enforcement Administration. He was elected sheriff in Maricopa County, where he served for 24 years.