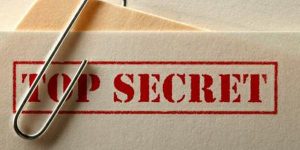 Attorneys for the whistleblower who submitted the complaint that triggered the Democrats' impeachment inquiry declined to confirm or deny that their client was CIA analyst Eric Ciaramella, reported the Washington Examiner.

RealClearInvestigations reported Wednesday that Ciaramella was the whistleblower, calling his identity "an open secret inside the Beltway."

Attorneys Mark Zaid and Andrew Bakaj told the Examiner in a statement: "We neither confirm nor deny the identity of the Intelligence Community Whistleblower."

Zaid and Bakaj said their client "is legally entitled to anonymity."

"Disclosure of the name of any person who may be suspected to be the whistleblower places that individual and their family in great physical danger," they wrote. "Any physical harm the individual and/or their family suffers as a result of disclosure means that the individuals and publications reporting such names will be personally liable for that harm. Such behavior is at the pinnacle of irresponsibility and is intentionally reckless."

Only the Intelligence Community inspector general is legally bound to maintain the whistleblower's confidentiality. But Sperry made a case for the disclosure, arguing for the "public's interest in learning details of an effort to remove a sitting president from office." And he argued the whistleblower, according to the IG, presented second-hand evidence, displayed bias against Trump and worked with Joe Biden.

Ciaramella was Ukraine director on the National Security Council at the end of the Obama administration and through the early months of the Trump administration, when he briefly was acting senior director for European and Russian affairs.

Further, Sperry said, Ciaramella left his NSC post in mid-2017 amid accusations of "working against Trump and leaking against Trump," according to a former NSC official who spoke on condition of anonymity to discuss intelligence matters.

Prior to filing the complaint, the whistleblower met for "guidance" with the staff of House Intelligence Committee Chairman Adam Schiff, according to a New York Times report.

Ciaramella invited Chalupa to the White House for meetings, the co-worker said.

Rush: 'Leaker,' not a whistleblower

Limbaugh emphasized Sperry's reporting that Ciaramella allegedly was involved in the origins of the Trump-Russia collusion probe, "doing the bidding of John Brennan from the West Wing."

"Now Schiff and his buddies are saying, 'Well, we don’t need to know the young whistleblower’s identity. We don’t really need to hear from the whistleblower,'" Limbaugh said.

It's clear, he said, that because of his young age and his biases he would be "totally unimpressive as an image witness."

"He’s a left-wing government leech! Ciaramella is. He hates Trump. He loves Obama. He’s from the Ivy League. They're a dime a dozen in government. The Ivy League is a factory for these kinds of guys."