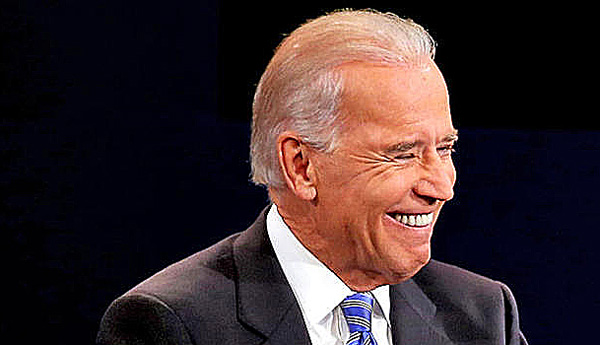 Democratic presidential hopeful Joe Biden has created a new outreach to Latinos for the 2020 campaign.

On the website named for his recruitment efforts, however, it says, "Oops, Joe forgot about Latinos."

It's because in the hustle and bustle of setting up the outreach, someone in the Biden camp forgot to buy the web address as well as the slogan on Twitter.

"The former vice president announced the outreach campaign called 'Todos Con Biden,' or 'Everyone With Biden,' … but the campaign did not purchase the web address todosconbiden.com before the Trump campaign got its hands on it."

The report said visitors to the site, perhaps hoping to hear about Biden's concern for the Latino community and its issues, are greeted with, "Oops, Joe forgot about Latinos."

It's in both English and Spanish.

The Trump campaign also took the Twitter handle for the slogan.

Isabel Aldunate, a spokeswoman for the Biden campaign, released a statement that blamed the other side for the campaign's mistake.

"It is no surprise that Trump’s campaign would resort to childish antics like this to take attention away from this [p]resident's appalling record of separating families and using immigrants as scapegoats, fomenting hatred and white supremacy, and trying to take away health care from millions of Americans who need it," the statement said.

Even the Washington Post, which has been anything but supportive of the president, admitted Trump "has a better chance to increase Hispanic support than the pundits think."

The report said: "The common wisdom holds that Trump’s past rhetoric about Hispanics and his immigration policies have turned this group against him. That’s not a surprising view given Trump’s many well-reported comments about Hispanics from the 2016 campaign and the focus Trump has placed in his presidency on building the border wall and reducing the surge of refugees seeking asylum from Hispanic countries in Central America. The data, however, suggest this view is overblown.

"Trump’s Hispanic support in 2016 was in line with that received by other recent Republican nominees. Exit polls showed Trump received 28 percent of the Hispanic vote, a number confirmed by subsequent analysis by the Pew Research Center. This was one point higher than Mitt Romney received in 2012 and only three points lower than John McCain got in 2008. That’s not what one would expect given the common wisdom."

It continued: "Trump’s current job-approval rating among Hispanics suggests there’s further room for him to grow. Three recent polls break out his ratings among Hispanics, and they range from a low of 29 percent in one poll to 37 percent in the other two. Presidents tend to obtain about the same share of the popular vote as their most recent job-approval rating, so this indicates that Trump might break 30 percent of the Hispanic vote if the election were held today. Pretty good for a man who has been universally reviled as an anti-Hispanic racist," the newspaper commented.