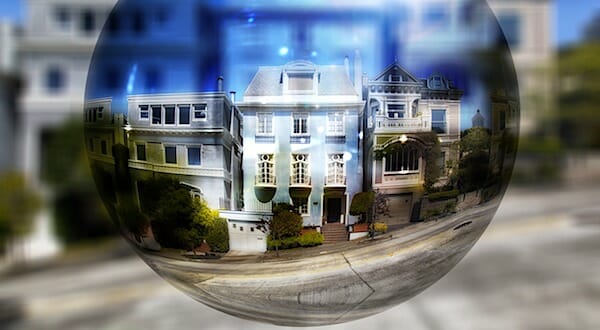 Many cities, counties and states have adopted so-called "bubble zones" around abortion businesses in which speech and other activities are restricted.

These are set up to prevent pro-life advocates from "congregating, picketing, demonstrating or patrolling."

Even the U.S. Supreme Court has approved of some limits, and the government does have the Freedom of Access to Clinic Entrances that bans using intimidation or physical force to prevent people from going into abortion businesses. It has balanced that with repeated rejections of pro-abortion claims that such speech constitutes a violation of the Racketeer Influenced and Corrupt Organizations federal law.

Now a ruling from the 3rd U.S. Circuit Court of Appeals has concluded the city of Pittsburgh can have such a bubble zone.

But the ruling stunningly said it doesn't apply to sidewalk counselors to want to have one-on-one conversations in their efforts to convince women not to get abortions.

Which likely was the intent of those who promoted the pro-abortion protections all along.

The ruling came in a case brought by the Alliance Defending Freedom on behalf of Niki Bruni, Julie Cosentino, Cynthia Rinaldo, Kathleen Laslow and Patrick Malley against the city of Pittsburgh.

But the ruling found, "None of those terms, as commonly understood, encompasses the sidewalk counseling in which plaintiffs engage."

"Approaching someone individually to engage in a one-on-one conversation no more constitutes 'congregating' than walking alongside another person constitutes 'patrolling,'" the verdict said.

The city can have bubble zones but cannot enforce them against pro-lifers who do not congregate or picket, the ruling said.

"Simply calling peaceful one-on-one conversations 'demonstrating' and 'picketing' does not make it so when the plain meaning of those terms does not encompass that speech," the ruling said.

"Pittsburgh cannot target quiet conversations even if they are not in a tone of 'kindness, love, hope, gentleness, and help,'" the court ruled.

ADF noted it was the second trip to the appeals court for the case.

"As the 3rd Circuit has now held, the government can't censor peaceful, pro-life conversation on public sidewalks. Citizens have the freedom to share a message of hope and compassion with any mother seeking to make an informed choice about her pregnancy," said ADF Legal Counsel Elissa Graves. "Pittsburgh politicians aren't at liberty to silence speech they dislike."

The court found "the ordinance, as properly interpreted, does not extend to sidewalk counseling – or any other calm and peaceful one-on-one conversations."

"The Supreme Court made clear in 2014 that free speech receives the highest protection on public sidewalks," said ADF Senior Counsel Kevin Theriot, who argued before the 3rd Circuit in February. "The First Amendment doesn’t allow the government to ban life-affirming expression simply because some pro-abortion politicians or activists demand it, and as the 3rd Circuit’s ruling concludes, Pittsburgh’s ordinance can’t be used to do that as written. No government can carve out public spaces where the Constitution doesn’t apply."