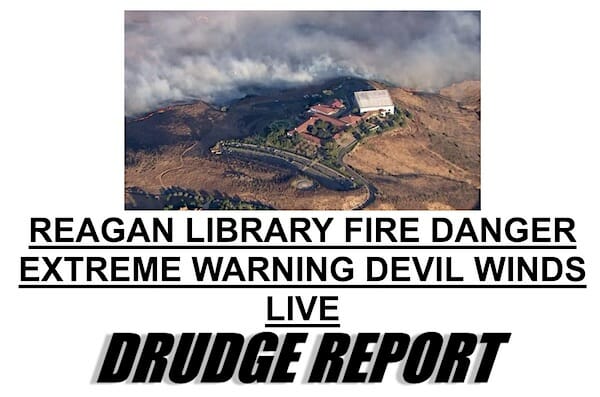 The Ronald Reagan Presidential Library was threatened by a wildfire on Wednesday, Oct. 30, 2019 (Drudge Report screenshot)

A CNN commentator and former aide to President Bill Clinton is being scorched for suggesting former President Ronald Reagan was a "sinner" because his presidential library was threatened by a California wildfire Wednesday.

"For those who think God punishes sinners with natural disasters," is what Keith Boykin of CNN tweeted along with a Fox News story saying the Reagan Library in Simi Valley, California, was being evacuated due to the approaching blaze, known as the Easy Fire, based on its location.

For those who think God punishes sinners with natural disasters. https://t.co/KnoCfaE6dM

"So Reagan's a sinner obviously," Limbaugh said on his national broadcast Wednesday. "Why? He's a conservative. He sinned against the left-wing state by opposing it." 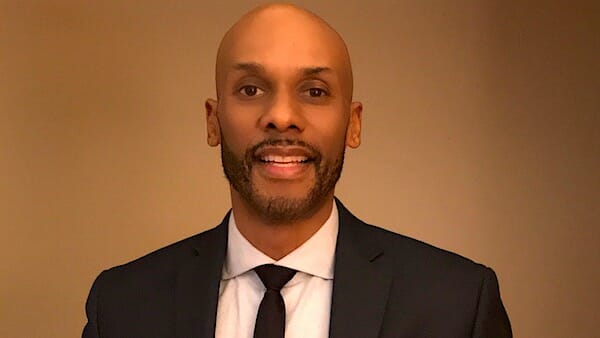 Limbaugh wasn't the only one critical of Boykin's remark. Those responding to Boykin's own tweet were equally as critical, with comments including:

A mandatory evacuation was ordered by the Ventura County Fire Department for the region that included the Ronald Reagan Presidential Library, which was closed for the day Wednesday.

A spokesperson for the library indicated protective measures were being taken on the Air Force One-side of the facility, as firefighters and trucks surrounded the library.

Reagan Library Executive Director John Heubusch told FOX11 the blaze was "circling the library" and that fire crews are "fighting it as best they can."

"It's the closest this library has ever come to this danger," he told FOX11. "So this is really serious stuff. So far they seem to be on top of it."