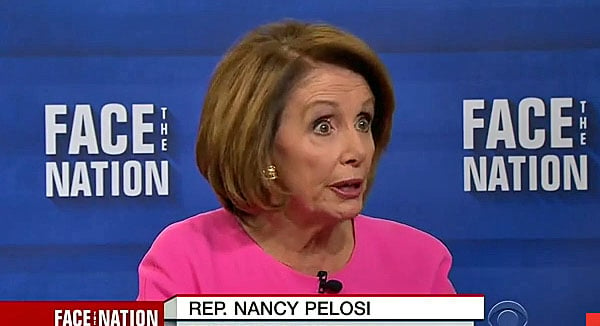 Impeachment has been an obsession of President Trump's critics since before he even took office.

And now Democrats, interpreting the president's telephone call with the president of Ukraine as a "quid pro quo," say they have the grounds to impeach.

So why have they not held a full House vote on impeachment and instead are conducting an "impeachment inquiry."

Because of internal Republican polling, according to NPR's Susan Davis.

The NRCC briefed House GOP on private polling conducted Oct. 1-3 in 95 districts (55 D / 40 GOP). Don't expect any cracks in GOP unity: memo concludes voters "are much more willing to vote for a GOP candidate opposing impeachment than a Democrat supporting it."

"Don't expect any cracks in GOP unity: memo concludes voters 'are much more willing to vote for a GOP candidate opposing impeachment than a Democrat supporting it.'"

The Twitter news aggregator Twitchy commented: "Democrats seem to know that as well, which is why all the talk of impeachment hasn't yet moved along any formal votes being called."

The Hill reported the White House planned to send House Speaker Nancy Pelosi, D-Calif., a letter urging her to hold an impeachment vote.

"By sending Pelosi the letter, Trump and the White House are aiming to force House Democrats in toss-up districts to take a formal stance on impeachment," Axios noted.

"Republican sources say that even as the chamber’s minority party, GOP lawmakers can have a greater say in impeachment hearings and other parts of an inquiry once the full chamber formally approves it," the report said.

Warned Twitchy, "The Dems may well also know they're sitting on a potentially epic backfire."

The Democrats have been lobbying for impeachment since before Trump took office. They've tried claims such as collusion with Russia, obstruction and corruption. Their latest is that the president threatened to withhold military aid if Ukraine didn't investigate Hunter Biden's financial bonanza from a Ukrainian natural gas company while his father Joe Biden was the Obama administration's point man for the country. Trump contends the withholding of military aid was unrelated and he had a right to discuss serious corruption allegations relevant to Ukraine and the United States.

One radical Democrat, Rep. Rashida Tlaib of Michigan, announced at her election party that she was going to Washington to "impeach the m-----------."

Pelosi for months had resisted moving on impeachment, claiming she wanted to see the evidence first.

She also is aware that the impeachment of Democratic President Bill Clinton backfired on House Republicans.