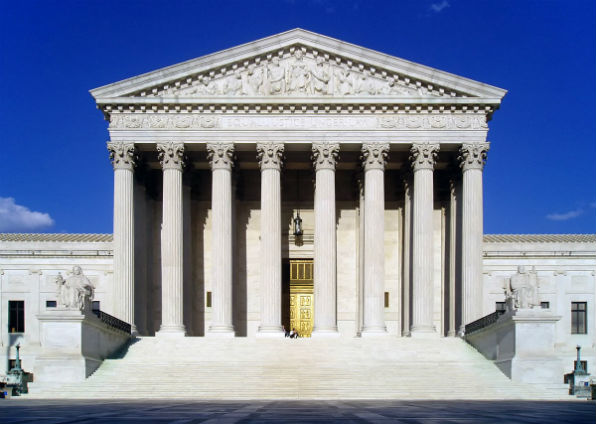 Nine people who have experienced the dysphoria that causes people to desire to be the opposite gender are warning the justices on the U.S. Supreme Court to leave alone the legal definition of "sex."

When Congress wrote the 1964 Civil Rights Act, which forbids discrimination based on "sex," it was understood to mean male or female.

But three cases before the high court contend Congress also had in mind gender dysphoria and sexual identity.

They relate their own life experiences in the brief.

"Hacsi Horvath is a male who identified as a transgender female for over 12 years. Mr. Horvath is an expert in clinical epidemiology and researcher at USC and now warns people of the risks and dangers associated with sex-reassignment surgery."

The brief comes in a case against R.G. & G.R. Harris Funeral Homes of Michigan by Anthony Stephens, an employee who decided he was no longer a he and began dressing like a woman. The business, respectful of the grieving families it served, has a dress code that requires men to dress like men. Stephens was dismissed when he refused to follow it and then claimed discrimination.

The former transgenders wrote: "This emerging group of people with gender identity issues are suffering from emotional, psychological, or social identity discomfort far deeper than new pronouns can rectify.

"Doctors admit they do not know who will remain gender-dysphoric long term, yet they condone gender identity change, socially or medically, for youths and adults.

"This is abuse. It is abuse to tell a person he or she can select a gender and truly become the opposite sex. It is a false hope. Such a suggestion is factually a lie, a lie with life-long destructive ramifications.”

The brief notes the nine individuals "make the point in this brief that sex is binary, and the definition of 'sex,' particularly as defined in section 703 of the Civil Rights Act of 1964 ... refers to male and female as grounded in biology – it is binary, fixed at conception, and objectively verifiable."

Those seeking a change in the definition of sex are suffering from a "false belief that they really are a different sex than their biology."

Affirming such afflictions is "more likely to cause harm than good," they say.

A better course would be to seek "to align one's mind with reality."

"We need to stop pretending that doctors have scientific backing for their recommendations for individuals with gender dysphoria," the brief says.

"The effect of such 'affirmation' is the destruction of core identity. It plants the notion inside the minds of people that the essence of who they are is wrong. They are not someone to be loved or embraced, but eradicated."

Two other cases, also dealing with the transgender issue, are being considered by the Supreme Court.