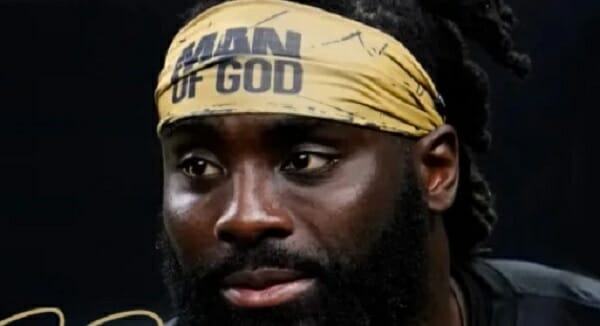 A dispute that erupted when the National Football League fined New Orleans Saints linebacker Demario Davis $7,000 for wearing a "Man of God" headband during a game has turned out to be a huge benefit.

St. Dominic Hospital in Jackson, Mississippi, will receive at least $120,000 from the sale of the headbands, Fox News reported.

"This is amazing, it just shows you the power of God," Davis said in the report. "I would have never thought this whole movement would have happened."

Last month, NFL officials announced the $7,000 fine for wearing the headband during a Sept. 22 game in Seattle.

The NFL controls its trademarks, selling permission to use them for hundreds of thousands of dollars a year. It also controls any emblems or logos that appear during televised games.

Fox News reported the black and gold headbands, selling for $25 each, have raised more than $60,000, and a matching grant has brought the total the hospital will receive to more than $120,000.

Davis said 100% of the proceeds for the sale of the headbands goes to the hospital.

Fox reported Davis is one of the more vocal players in the NFL regarding his faith.

He said "he was especially moved by a school of young fans who made their own 'Child of God' headbands to show support."

"Unbelievable," Davis said of the kids.

The league eventually canceled the fine, and Davis added the money to the hospital fund.