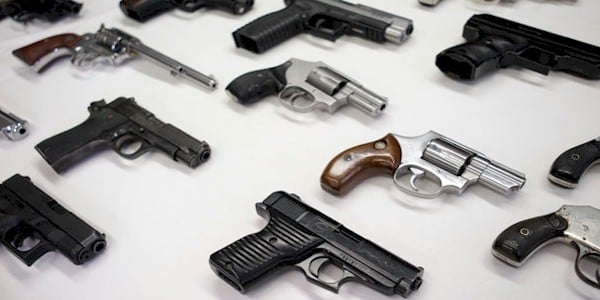 A Washington state judge ruled against a city ordinance requiring "safe storage" of guns, arguing the state legislature has sole authority over the regulation of firearms.

The ruling by Snohomish County Superior Court Judge Anita Farris sets up a possible clash in the state Supreme Court with a ruling last year that held up a similar Seattle ordinance.

Alan M. Gottlieb, founder of the Second Amendment Foundation, a plaintiff, said the ruling by Farris "confirms what we've argued all along, that under the state preemption law, first adopted in 1983 and strengthened in 1985, the legislature has sole authority over firearms regulation in the state."

The judge ruled the requirement for "safe storage" by the city of Edmonds, Washington, "impermissibly regulates firearms," conflicting with the state's preemption law.

SAF filed the lawsuit along with the National Rifle Association and individuals Brett Bass, Curtis McCullough and Swan Seaberg.

One year ago, Judge Barbara Linde dismissed a lawsuit by the NRA against a Seattle ordinance requiring gun owners to secure their firearms in a locked container, citing
lack of standing.

Farris allowed a permanent injunction against the Edmonds storage ordinance. She ruled there was no possibility of success for the city of Edmonds on appeal, describing it as "not a close call."

"Michael Bloomberg’s gun control lobbying group has been supporting similar restrictive local laws all over the country," Gottlieb pointed out.

"This victory will help stop this across the country. Preemption uniformity was a good idea in the 1980s and it is still the most commonsense way to deal with firearms regulation. What is the law in one part of a state should be the law in all parts of that state."

WND previously reported SAF argued that "under Washington law, the state legislature has exclusive authority for all firearms regulation, including but not limited to 'registration, licensing, possession, purchase, sale, acquisition, transfer, discharge, and transportation of firearms, or any other element relating to firearms or parts thereof, including ammunition and reloader components.'"