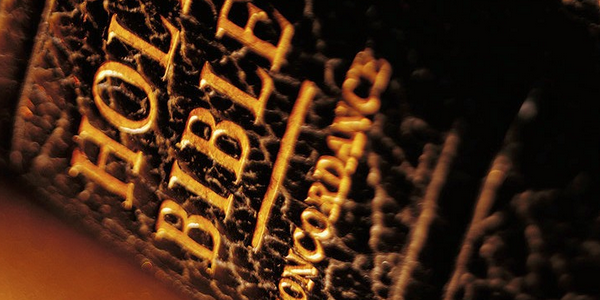 An Employment Tribunal in the United Kingdom has ruled that the biblical doctrine that people are created male and female is "incompatible with human dignity" and those who follow it can be fired from their jobs on that basis.

The stunning decision came in a doctor's challenge to his dismissal for failing to use female pronouns for a man.

David Mackereth, 56, argued he "holds to the principles of the Great Reformation of the 16th Century including a commitment to the supremacy of the Bible as the infallible, inerrant word of God as his final authority in all matters of faith and practice."

He said he believed in the truth of Genesis 1:27, which says human beings are born male and female.

The panel, however, ruled that "belief in Genesis 1:27, lack of belief in transgenderism and conscientious objection to transgenderism in our judgment are incompatible with human dignity and conflict with the fundamental rights of others, specifically here, transgender individuals."

Mackereth, represented by the Christian Legal Center, lost his position with the Department for Work and Pensions after refusing to use transgender pronouns.

He appealed to the nation's Employment Tribunal.

"The judgment is also contrary to scientific reality and is likely to undermine freedom of speech in the workplace."

Michael Phillips, the Christian Legal Center's counsel for Mackereth, said the doctor was discriminated against because of his faith.

"His belief in the truth of the Bible, and in particular, the truth of Genesis 1:27: 'So God created man in His own image; in the image of God He created him; male and female He created them.' It follows that every person is created by God as either male or female. A person cannot change their sex/gender at will. Any attempt at, or pretense of, doing so, is pointless, self-destructive, and sinful."

The panel ruled the Bible is "mere opinion."

Phillips said the panel put "transgender rights" ahead of Christian freedoms "and in effect forces Christians to use compelled speech in order to not offend those who believe in gender-fluidity."

"The ruling will have profound ramifications, excluding foundational Christian beliefs from the protection of human rights and anti-discrimination law. The ruling puts a belief in the Bible on a par with the racist and neo-Nazi ideologies which have been held to be 'not worthy of respect in democratic society' in earlier judicial decisions."

Mackereth presented evidence to the court that he did not resign his position and "was the victim of direct discrimination and harassment."

Too bad, the panel said.

The doctor said the ruling will disturb many National Health Service staff members because "they see their own freedom of thought and speech being undermined by the judges' ruling."

He said no doctor, researcher or philosopher "can demonstrate or prove that a person can change sex."

"Without intellectual and moral integrity, medicine cannot function and my 30 years as a doctor are now considered irrelevant compared to the risk that someone else might be offended."

Andrea Williams, chief executive of the Christian Legal Center, said: "This is an astonishing judgment and one that if upheld will have seismic consequences not just for the NHS and for Christians, but anyone in the work place who is prepared to believe and say that we are created male and female.

"It is deeply disturbing that this is the first time in the history of English law that a judge has ruled that free citizens must engage in compelled speech. Here Judge Perry has ruled that Christianity is not protected by the Equality Act or the ECHR, unless it is a version of Christianity which recognizes transgenderism and rejects a belief in Genesis 1:27."

An appeal is planned.