The Kurds are asking for the U.S. to intervene to stop the offensive.

David Eubank, the leader of a humanitarian aid group, confirmed he witnessed an attack by the Turkish-supported Free Syrian Army on SDF forces near Soda Village, north of Tel Tamir.

The attack took place, he said, just as his team was beginning distribution of aid to civilians who have been displaced from their homes because of the offensive that began Oct. 6 after President Trump announced the withdrawal of U.S. Special Forces troops allied with the SDF.

The SDF said in a statement, according to Reuters, that the attack by Turkish forces had forced thousands of civilians to flee.

"Our forces are still clashing," it said, adding that Turkey is responsible for the "deterioration of the ceasefire process."

"Despite our forces' commitment to the ceasefire decision and the withdrawal of our forces from the entire ceasefire area, the Turkish state and the terrorist factions allied to it are still violating the ceasefire process," the SDF said.

President Trump announced Wednesday a permanent ceasefire agreement with Turkey in the conflict with the Kurds in which the U.S. would lift sanctions. Under the previous temporary ceasefire agreement negotiated with the U.S., the Kurds largely withdrew from the semi-autonomous area established in 2016, populated with Kurds, Christians, Yazidis and Arab Muslims.

After nearly two weeks of fighting, the U.N.'s humanitarian wing has estimated 180,000 have been forced to leave their homes or shelters, including 80,000 children. 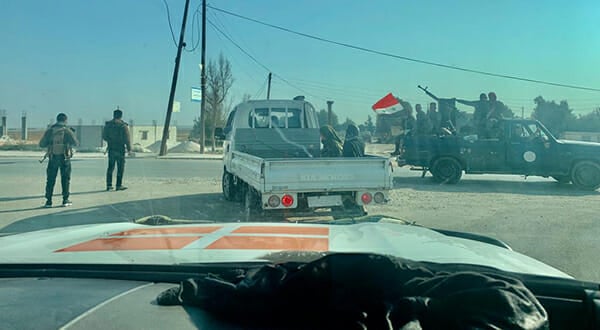 Over the weekend, amid attacks by the Free Syrian Army, Eubank's team helped evacuate people, including the wounded, from the city of Ras Al-Ayn on the Turkish border.

On Wednesday, he said his team took "heavy machine gun fire from FSA gun jeeps and dismounted fighters" as they moved forward to assist a wounded SDF soldier.

"FSA troops were on three sides of us but we were able to get out. We prayed, and along with some SDF soldiers circled around to try to penetrate the FSA lines to rescue the wounded man."

His team of medics includes ethnic Karen Christians from Burma who have worked with Kurdish soldiers fighting ISIS in Iraq as well as in Syria.

On Monday, Eubank described Ras al-Ayn as a city "in ruins." The damaged hospital is controlled now by the Turkish-based FSA, he said.

His team, amid some shooting, helped evacuate civilians who were hiding in a market behind the hospital. 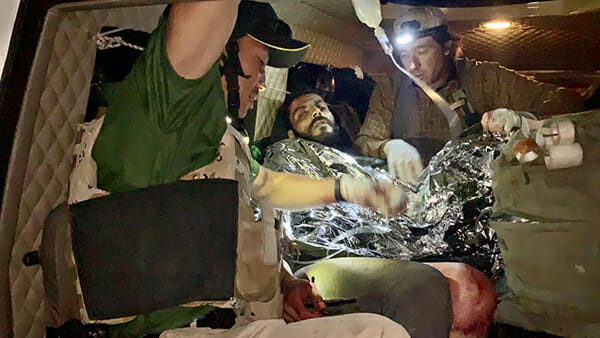 "We thank God and all who made this operation possible – the Syrian Democratic Forces, the Kurdish Red Crescent, the United States and everyone else," Eubank said. 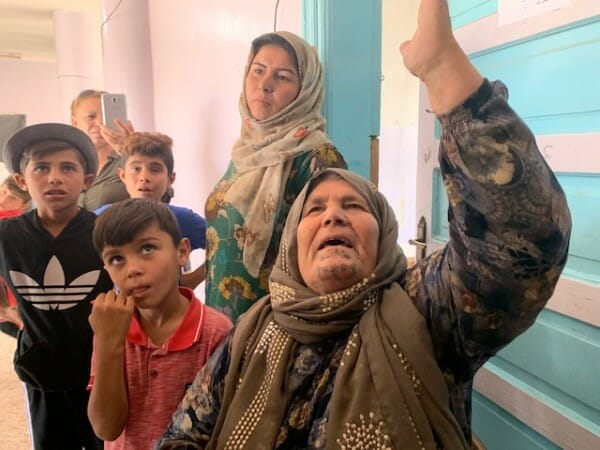