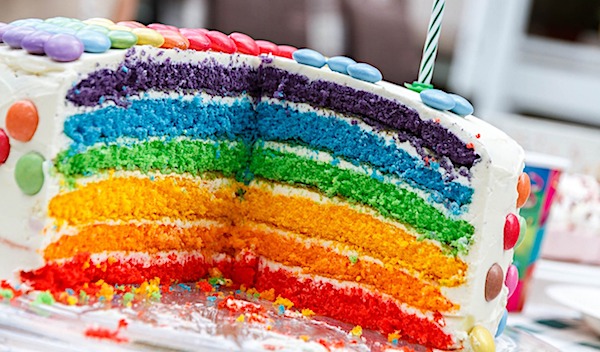 LGBT activists in the United Kingdom are being warned that their lawsuit against a bakery that refused to produce a cake with the message "Support Gay Marriage" could backfire.

The owners of Ashers bakery in Belfast have argued that they sell their products to anyone, in compliance with the U.K.'s equality law, but they are not required to endorse a particular message in violation of their religious beliefs.

The U.K. Supreme Court affirmed Ashers' argument, but now the man who brought the complaint, Gareth Lee, is appealing to the European Court of Human Rights,  the BBC reported.

Simon Calvert, deputy director of the Christian Institute, which represented the bakery, said he's "surprised and a little disappointed that anyone would want to overturn a ruling that protects gay business owners from being forced to promote views they don't share, just as it protects Christian business owners, and hope the government will robustly defend the current law."

The U.K. Supreme Court concluded: "Nobody should be forced to have or express a political opinion in which he does not believe."

The court unanimously ruled that the issue was about the message, not the messenger. The equality law, the court determined, does not compel anyone to say something with which they profoundly disagree. There was no discrimination on grounds of sexual orientation, the court said. The objection was to being required to promote a particular message.

Colin Hart, director of the Christian Institute, said: "If it is wrong to compel an individual baker to say something they do not believe, it is just as wrong to compel a small family bakery. People don’t relinquish fundamental freedoms just because they set up a family company."

Calvert said the ruling "by five of the country’s most distinguished and experienced judges was welcomed by lawyers, commentators, free speech experts, and human rights campaigners like Peter Tatchell."

"They all knew of the implications to freedom of speech and religion had the decision gone against the Ashers bakery, which could have included a Muslim printer being forced to print cartoons of Mohammed, or a bakery owned by a lesbian couple being forced to make a cake describing gay marriage as an 'abomination,'" he said.

Lee filed the case in 2014 after the bakery refused to create a cake with the message "Support Gay Marriage."

The nation's highest court concluded: "The objection was not to Mr. Lee because he, or anyone with whom he associated, held a political opinion supporting gay marriage. The objection was to being required to promote the message on the cake. The less favourable treatment was afforded to the message not to the man. … The evidence was that they were quite prepared to serve him in other ways. The situation is not comparable to people being refused jobs, accommodation or business simply because of their religious faith. It is more akin to a Christian printing business being required to print leaflets promoting an atheist message."

The BBC reported Lee's lawyers said their target is no longer the bakery, but the United Kingdom itself, as "a member state of the European Court."

Lee contends the company was granted permission to "pick and choose which customers they will serve."

The attorney general for Northern Ireland, John Larkin, argued in court on behalf of the bakery.

Larkin asserted Ashers' owners have the right to reject a request to put a pro-homosexual message on a cake under the nation's freedom of speech laws as well as the European Convention on Human Rights.

He said, "No one should be forced to be the mouthpiece for someone else's views when they are opposed to their own – whether in print or in icing sugar."