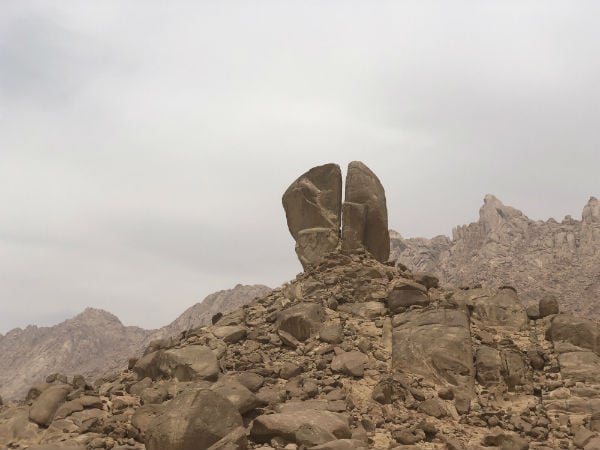 A travel group in Saudi Arabia is offering this week a "first-ever Christian tour of rare sites," including a close-up of a location believed by some Western visitors to be the mountain where God gave Moses the Ten Commandments.

"The atmosphere in Saudi Arabia is changing," said Rhonda Sand, owner of U.S.-based travel company Living Passages. "They are hard at work developing the country for Western tourism." 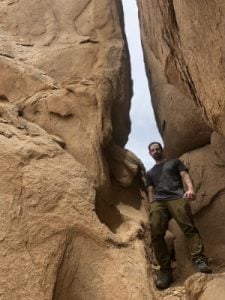 Joel Richardson at the "split rock of Horeb"

Bible scholar and author Joel Richardson is taking a group of 25 people this week through "Jethro's Caves in the land of Midian," believed to be ancient Midian.

As WND reported in an interview story in May 2018, Richardson visited the area with skepticism but returned "fully confident that this is the real Mount Sinai."

"At every turn, everything lines up with the biblical narrative. Everything falls into place," Richardson said at the time. "If this is not Mount Sinai, then God Himself has masterfully created the greatest hoax in human history."

Richardson told Fox News it "portends to be the most significant new archaeological site in modern history."

"We're tremendously blessed that the Saudi government is allowing us to visit the kingdom to see some of its rich historical and geographic treasures," he said.

WND reported in December national security analyst Ryan Mauro produced a film based on his visit to the area.

Mauro will lead a tour in February.

Richardson's group will visit the Jebel al-Lawz mountain, which Jewish, Christian and Bedouin traditions have claimed to be the real Mount Sinai.

Most scholars believe the site is in Egypt's Sinai Peninsula, but Mauro contends evidence is lacking. And he points out the authoritative Jewish Encyclopedia states there is "no Jewish tradition of the geographical location of Mt. Sinai."

On the northwest side of Jebel al-Lawz is a massive split rock with evidence of water erosion at its base. Richardson and Mauro believe it fits the description of the rock Moses struck to obtain drinking water.

This week, Fox News said, the tourists will visit a town that has an ancient well believed to be where Moses met his wife Zipporah.

See "Finding the Mountain of Moses: The Real Mount Sinai in Saudi Arabia":