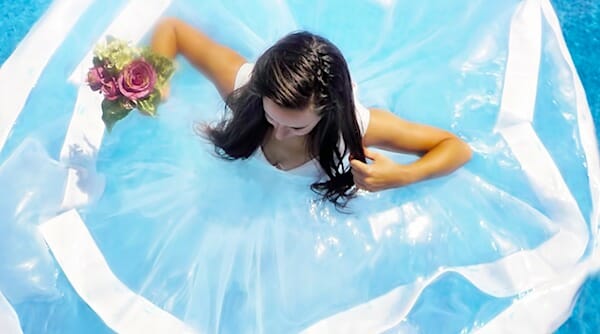 Many Christian denominations officially celebrate same-sex marriage, even though marriage is defined in the Bible as the union of a man and a woman.

In the United Kingdom, the Church of England, the Church in Wales, the Scottish Episcopal Church and others have adopted it.

But in Northern Ireland, all of the major churches have stated their opposition, the Belfast Telegraph reported

"The Church of Ireland, Methodist Church of Ireland and Presbyterian Church in Ireland all stated that they will only celebrate marriages between a man and a woman," the report said. "The Catholic Church expressed its concerns at the 'redefinition' of marriage, but did not comment directly on whether it would hold same-sex wedding ceremonies on its properties."

The report explained marriages between same-sex couples are no longer illegal in Northern Ireland after legislation passed by Westminster came into effect at midnight on Monday.

However, a spokesman for the Church of Ireland stated that weddings taking place in one of its churches or conducted by one of its ministers will only celebrate unions between men and women.

The church official said: "The Church of Ireland affirms, according to our Lord's teaching, that marriage is in its purpose a union permanent and lifelong, for better or worse, till death do them part, of one man with one woman, to the exclusion of all others on either side."

The report explained Rev. Jim Stothers, the deputy clerk of the Presbyterian Church's General Assembly, said his denomination will continue to "hold the scriptural basis of marriage."

He said the church includes in every marriage ceremony the statement: "Since the beginning of creation God, in His gracious purpose, provided marriage as the accepted way in which a man and a woman may come together as husband and wife."

Stothers said the secular imposition of same-sex marriage "does not change that."

The Christian Institute in the U.K. noted it previously has warned that "no consideration" has been given to those who respectfully disagree with same-sex marriage in Northern Ireland.

"Free speech protections that have been won over many years must be put in place in Northern Ireland," warned Institute Director Colin Hart.