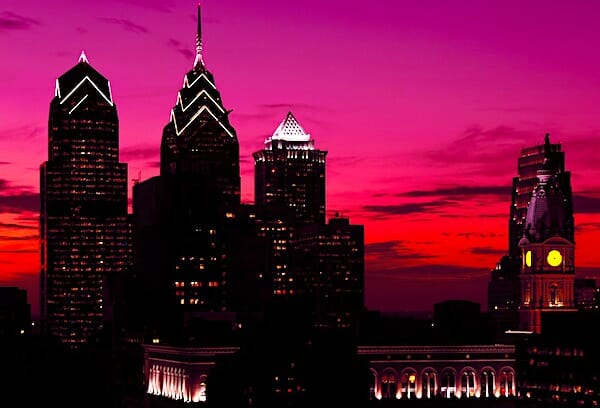 A compensation plan has been developed for victims of a program established by the city of Philadelphia that confiscated homes, cars and money without reason.

The Institute for Justice sued the city and announced a year ago a settlement was being developed.

Now IJ has announced those "who lost their property to the city's abusive civil forfeiture machine must apply by December 6, 2019, to receive a cash settlement."

Some 35,000 notices have been sent to victims, but they need to confirm their participation in the settlement, the organization explained.

"Innocent Philadelphians who unjustly lost homes, money and cars to the city's forfeiture machine are able to get every penny back but they need to apply before the deadline," said Darpana Sheth, lead counsel for plaintiffs and director of the Institute for Justice's National Initiative to End Forfeiture Abuse.

"We want to make sure that everyone who is entitled to compensation knows that they can receive some measure of justice for their mistreatment. The period to apply for compensation is limited and we encourage Philadelphians to act now if they have received a letter letting them know they are eligible."

The organization had reached agreement with the city for a $3 million fund to compensate people who lost their property through forfeiture without being convicted of a related criminal charge. They will get up to 100 percent of the value of their forfeited property, the institute said.

Those who lost property but were assigned to a diversionary program will get 75 percent. And those who submit a timely claim will get up to $90 in recognition of the violation of their constitutional rights.

IJ said when the settlement agreement was obtained: "Civil forfeiture – where the government can seize and sell your property without convicting or even charging you with a crime – is one of the greatest threats to property rights today. With civil forfeiture, the government sues the property itself under the fiction that cash, cars or even homes can be guilty, resulting in bizarre case names like Commonwealth v. 2000 Buick. And because these cases are civil, innocent property owners are denied rights guaranteed to criminal defendants, like the right to an attorney."

"Until IJ brought suit, Philadelphia routinely threw property owners out of their homes without notice. It forced owners to navigate the notorious 'Courtroom 478,' where so-called 'hearings' were run entirely by prosecutors, without any judges or court-appointed lawyers to defend property owners. Again and again, prosecutors demanded that property owners appear in court, sometimes ten times or more. Missing even a single 'hearing' meant that prosecutors could permanently take an owner's property, sell it and use the proceeds for any law-enforcement purpose they wished. More than 35 percent of proceeds went to salaries, including the salaries of the very officials seizing and forfeiting property, thus creating a perverse incentive to abuse this system. Today's landmark settlement brings all of that to an end," IJ said.

One of the named plaintiffs was Chris Sourovelis, whose son was arrested for selling $40 worth of drugs.

"The police showed up unannounced one day and threw his entire family out of his home."

"I'm glad that there is finally a measure of justice for people like me who did nothing wrong but still found themselves fighting to keep what was rightly theirs," Sourovelis said in a statement by his lawyers when the settlement was reached. "No one in Philadelphia should ever have to go through the nightmare my family faced."

The resolution will mean the city cannot begin a seizure or forfeiture for simple drug possession. And there will be no seizures of less than $1,000 if they are not part of an arrest or evidence in a criminal case.

And there will be no attempts to forfeit cash unless drugs or evidence of criminal activity are found.

IJ also has other lawsuits over forfeiture problems in the works, and IJ President Scott Bullock said the Philadelphia agreement is "an unprecedented blow" against the practice.