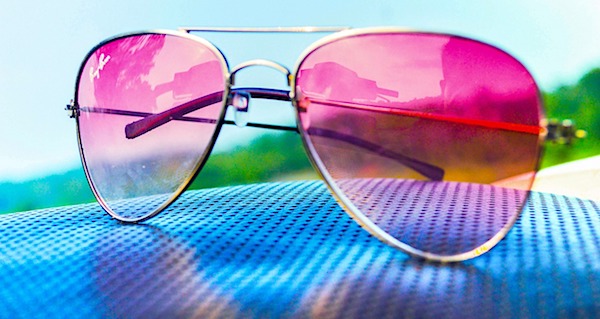 Kentucky state regulators ordered a Christian ministry to stop giving eyeglasses to homeless people to help them get jobs, prompting a legal warning from the Rutherford Institute arguing the order violates the group's constitutional religious rights.

The legal team wants the state boards of Optometric Examiners and Ophthalmic Dispensers to confirm in writing they will stop demanding that the Kendall Optometry Ministry meet state licensure requirements.

Rutherford President John Whitehead said that instead of "commending this eyeglass ministry for its notable efforts to improve the lives of the homeless so they can get a job, get off the streets and become productive citizens who are no longer dependent on taxpayer subsidies, the government has opted to turn a blind eye to its beneficial impact on the community," he said in a report on the dispute."

"Make no mistake: this is yet another instance of bureaucratic overregulation, government criminalization of those who work to alleviate the plight of the homeless, and a general disregard for religious freedom," he said.

The letter cites the First Amendment and state law regarding protections for religious practice.

The group's objective is "to spread the gospel of Jesus Christ by providing eyeglasses to the poor and homeless throughout the world."

It distributes new and used glasses that have been measured and tested for corrective properties and then matched to a recipient's needs.

The two state boards "warned the ministry that its charity work violates state licensing laws that could result in fines and jail time," Rutherford said.

In its latest letter to the state, Rutherford noted the state now concedes "the ministry is permitted to continue to host events in accordance with its religious exercise, during which the ministry may continue to distribute gently used eyeglasses to impoverished people suffering from impaired vision."

But the state still insists that the Kentucky Religious Freedom Restoration Act does not protect the ministry.

Rutherford insists the law "precludes the government, including the boards, from substantially burdening religious exercise, even if the burden results from a rule of general applicability, unless the government demonstrates that the action constitutes the least restrictive means of furthering a compelling … governmental interest."

Rutherford argues the ministry meets the needs of the homeless based on a deeply held religious belief, and the boards' position is a substantial burden on that work.

The boards have responded by insisting they won't "enforce" various requirements.

"If the boards do not intend to enforce the various licensure requirements against the ministry, then the ministry will continue to engage in its religious exercise as it always has – by hosting free eyeglasses clinics," the letter said.

"In other words, if the boards are denying the existence of a substantial burden created by the law on the ministry by denying any intention to apply the burdensome laws and regulations … then the boards should memorialize this exemption in writing in response to this letter," Rutherford explained.

"We believe courts would agree that the boards have placed a substantial burden on the ministry's observation of a central religious practice, and that the boards cannot satisfy their burden of proving both that a compelling interest justifies such a burden and that there are no less restrictive alternatives," the institute said.

The ministry was founded in 2003 by Holland Kendall, a retired electrical engineer and Christian who became concerned that many homeless people who couldn't see well enough to get a job.

The nonprofit's goals are "to lift people out of homelessness and poverty by helping to improve their ability to see clearly and, in turn, be productive members of society, raise their standard of living and eliminate their need for public assistance."