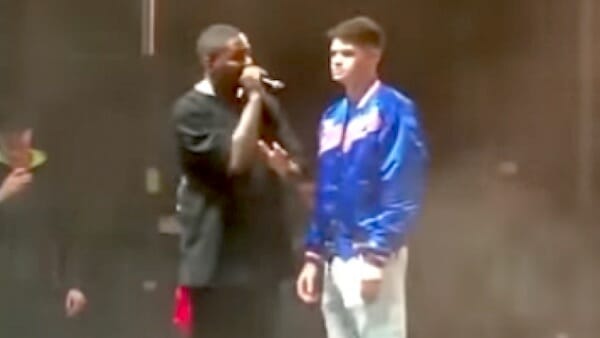 The White House is blasting the rapper YG for kicking one of his own fans out his concert when the man refused to say "F*** Donald Trump."

As the pair shook hands, the rapper stated:

"I don't know if I want to shake your hand yet."

When the young man nodded his head no, the rapper instantly had him booted from the event.

Richard Moorhead at BigLeaguePolitics noted, "It's ultimately not surprising that YG chose to shame one of his own fans for being a Trump supporter, considering he has a long track record of anti-Trump commentary in his music. But his act shows the left is strongly committed to waging cultural war against those who don’t share their political and social views.

"Eventually, should the left’s intolerance begin to wear on their conservative neighbors, it’s possible liberals will be kicked out of country music or other musical venues because they don’t support Trump. Such an arrangement is inherently damaging to American national life, in that it creates a segregated culture around political lines."

Those who have seen the video online have reactions mostly favoring the young fan and not the rapper, including: