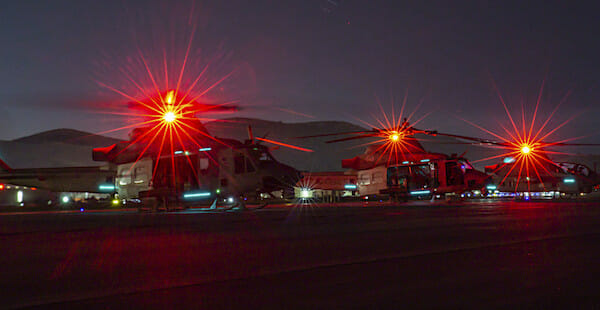 A senior Iranian official is threatening to destroy U.S. military bases throughout the Middle East as well as the nation of Israel.

"America has 36 bases in the region. The closest one is in Bahrain, and the farthest is in Diego Garcia Island in the Indian Ocean. Our drones are online and are tracking every change in the forces in America's military bases," said Mojtaba Zonnour, the chairman of the Iranian parliament's National Security and Foreign Policy Committee.

"We have registration fire on the majority of enemy forces in the region. If they shoot, they will be hit. When [Ayatollah Khamenei] says that the days of hit-and-run are over, he is not speaking out of emotion or excitement. His words are backed up by what has already been done."

According to the Middle East Media Research Institute, Zonnour said in a recent interview on Iranian television that Iran employs a strategy "of deterrence and asymmetric warfare that renders its enemies' strengths ineffective by exploiting their weaknesses."

"What does this mean? It means making our enemy's strengths ineffective or less effective – taking advantage of their weaknesses," Zonnour explained. "We have focused and worked on these things. The regime has created deterrence.

"If Israel or America make a mistake, Israel won't live for longer than 20 or 30 minutes. We have thought about all these things."

The television interviewer asked: "There were reports that [Foreign Minister] Zarif is writing a memoir in a question-and-answer format. Do you confirm that? Apparently, he said that the JCPOA failed because... One of the reasons he mentioned [for the failure of the JCPOA] is a missile that had 'Israel must be destroyed' written on it. Have you heard about this?"

Zonnour responded: "I have also heard this, but even if this is true, we have dozens of answers for it. The fact that we exist today and that we have a position and make demands about why the JCPOA is not being implemented, and our president travels honorably throughout the world... This is all thanks to our defensive deterrence and those missiles that have 'Death to Israel' written on them."