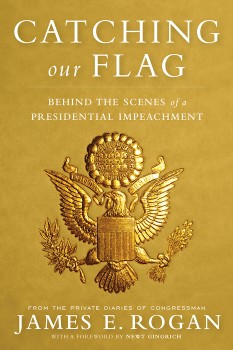 House Speaker Nancy Pelosi is handling the current impeachment inquiry in "the opposite" way it was conducted when House Republicans investigated Bill Clinton in 1998, contends former House Speaker Newt Gingrich, citing a book by an impeachment manager based on contemporaneous notes.

In an interview Tuesday night with Fox News' Sean Hannity, Gingrich said that anybody "who really wants to see the truth" can read the documented, detailed account of Rep. Jim Rogan, R-Calif., in his book "Catching Our Flag: Behind the Scenes of Bill Clinton's Impeachment," published by WND Books.

"Rodino walked Rogan through how to do it so it was fair, it was open, it was worthy of the American people and reinforced the Constitution," he said.

"We adopted every single rule that Rodino used in 1973," said Gingrich.

Hannity noted that, unlike the proceedings led by House Intelligence Committee Chairman Adam Schiff, D-Calif., a full House vote was held to authorize an impeachment inquiry and Gingrich allowed the Democrats "at every critical step" to establish the rules, granting co-equal subpoena power to the ranking Republican member, requiring all subpoenas to be subject to the full vote of the committee and allowing the president's counsel the right to attend all hearings. The president's counsel had the right to present evidence, object to admitting certain evidence, cross-examine witnesses and recommend a witness list. 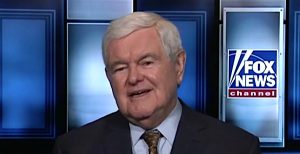 Gingrich said the Clinton impeachment proceedings "were so bipartisan" that he held a joint press conference with Democratic House Minority Leader Dick Gephardt to announce they they were going to print the entire Starr report so the American people could see it.

"It's the opposite of the way that Speaker Pelosi has done this," he said Tuesday night.

Gingrich emphasized that the House was "forced to act by a report from independent counsel Ken Starr that says Bill Clinton is guilty on 11 counts."

"When I watched and looked at Bob Mueller's report I waited for the word guilty," he said of the special counsel report released in April that concluded there was no Trump-Russia collusion. "It didn't show up one time."

In an interview Tuesday with "Fox & Friends," Gingrich said Democrats have created a "star chamber," with no lawyers allowed in the room and testimony being "selectively leaked."

"The Democrats in the House are desperately trying to manufacture something. They wake up every morning saying I know Trump did something terrible, I wonder what it was," he said.

"They have set up a rigged game that violates every core principle in American justice, violates the Constitution’s guarantee of due process, and I think that the American people are ultimately going to get very sick of this."

'Invite the Democrats to join us'

As WND reported last week, Rogan presents evidence in his book that the House Republican leadership was reluctant to move ahead with an impeachment inquiry until the Monica Lewinsky affair was revealed and Starr presented 11 counts of possible impeachable offenses. 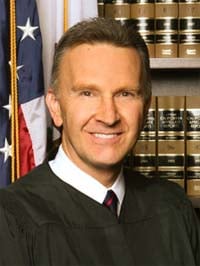 Nevertheless, he wrote, Gingrich urged caution and chose to "invite the Democrats to join us in crafting a solution as to how to proceed."

Rogan, now a Superior Court judge in California, recalled in "Catching the Flag" that the House Republican leadership did not support an impeachment resolution by Rep. Bob Barr, R-Ga., prior to the completion of Starr's report.

Along with reviewing all of the major congressional investigations from Watergate to Iran-Contra, Rogan also interviewed leading Democratic and Republican members and former members.