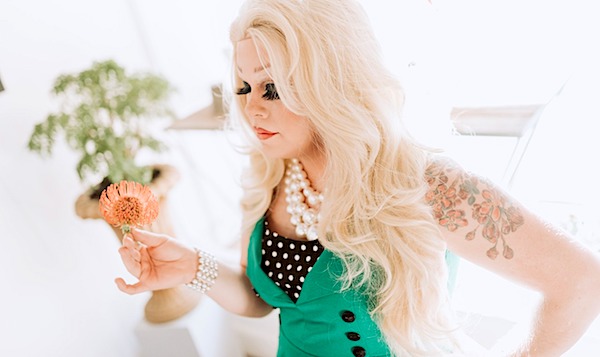 A pastor who was arrested and cuffed at a "Drag Queen Story Hour" at a public library in Spokane, Washington, likely will be going to trial.

Pastor Afshin Yaghtin was arrested June 15 as he approached the event, which was open to the public, according to the Pacific Justice Institute.

Yaghtin said he was there not to protest, but "to observe the Drag Queen Story Hour event and pray for the parents and children who would be attending."

Police, before he even arrived, had begun separating people they believed were opposed to the event.

"The 'Pro-LGBTQ' group, as labeled by the officer in charge at the scene, was allowed to remain on the library side of the street, while protestors were forced to stay across the street," Pacific Justice said. "The officers determined Pastor Yaghtin's beliefs by his association and support of the individuals calmly expressing their dissent to the event. Based on their determination of Pastor Yaghtin's views, the police officers refused to allow him entry into the public library."

The institute's lawyers has sought dismissal of the charges, but the judge, in a recent hearing, declined.

"The city is arguing that the pastor's views had nothing to do with him being denied entry into the public library during regular business hours. At the same time, the city is arguing that they were worried Pastor Yaghtin would disrupt and cause issues in the library. Misleading statements by the city created enough factual disputes for the case to proceed to trial," PJI said.

Brad Dacus, president of Pacific Justice, said the charges against the pastor "pose a serious threat to free speech."

"We are vigorously contesting the charges and will continue seeking justice as long as it takes," he said.

Jorge Ramos, who heads the organization's office in Washington state, said the nation is at a "crossroads" where "the survival of fundamental freedoms enshrined in the First Amendment is at stake."

"As a society, we cannot afford to allow pastors to be arrested and jailed for attending a public event at which they are deemed to be non-supportive of a particular ideology," he said.

Yaghtin did not consider himself a protester, but police ordered him to stay away and cross the street where protesters had gathered, the institute said.

Officers then claimed he was obstructing them.

WND reported that some of the event supporters carried provocative signs depicting Jesus in a dress reading to children. Other supporters dressed like angels with oversized wings, said PJI.

After he bailed out, Yaghtin secured the help of PJI.

Earlier this year, PJI obtained dismissal of criminal charges against an evangelist in El Paso, Texas, who had been prosecuted for preaching outside a drag queen show.

"The number of criminal charges being filed against pastors and evangelists across the country in just the last few years should be alarming to every freedom-loving American," Dacus said.

"This arrest in Spokane is one of the clearest examples yet of viewpoint discrimination, and we will be vigorously contesting the charges. We must be able to peacefully disagree and voice our concerns in public places without fear of arrest and prosecution based on viewpoint."

In Houston, a library hired convicted child-sex offender to read books to children.