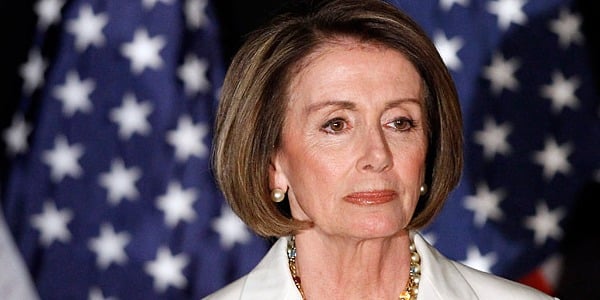 President Trump promised as a candidate to grow the economy, restore the nation's stature after Obama's "apology" tours and fight for religious rights.

Many of his accomplishments are evident, with the Washington Examiner noting, for example, that beginning with the presidency of Dwight D. Eisenhower in 1953, "there has never been a president who oversaw such a robust employment market at this point in his presidency."

The government confirmed unemployment was 4.1% for the first 26 months of his tenure.

Regarding international relations, his critics argue he has not succeeded in denuclearizing North Korea or getting a fair trade deal with China. But no previous president has engaged in such negotiations.

Regarding religious rights, the abortion profiteers at Planned Parenthood now are excluded from at least one federal program from which they had been drawing millions for many years.

But now Marketwatch is condemning the president for not reaching hoped-for economic growth of up to 6%.

Rex Nutting wrote: "After the tax cut in late 2017, the U.S. economy briefly grew faster than 3% before slipping back. President Trump argues that he couldn’t possibly be guilty of anything because the economy is so great. Which makes me wonder: Whatever happened to his boast that the U.S. economy would be able to grow not only at 3% but at '4%, 5% or even 6%' per year?"

However, the article doesn't mention the fierce "resistance" by Democrats and their allies in the Washington bureaucracy to block nearly everything President Trump has proposed.

Meanwhile, Trump was occupied for more than two years by investigations into allegations he colluded with Russia before they were debunked by special counsel Robert Mueller.

Then House Democrats turned allegations of obstruction of justice and later to corruption, which also fell flat.

All against a backdrop of Democratic Rep. Maxine Water's trademark rant "Impeach 45!"

Now, Trump faces the Democrats' "impeachment inquiry" into claims of a "quid pro quo" in the president's telephone call with the president of Ukraine, even though a transcript released by the White House doesn't support that claim.

Nutting acknowledged Trump's Tax Cut and Jobs Act did prompt the economy to "soar … a little bit, for a little while."

Then it was back to about 2.6 percent growth, he said.

Some critics acknowledge the headwinds President Trump faces, but they blame the president for Congress refusing to cooperate.

A scholar at an American University forum said that after Trump's first year in office, Congress resisted his agenda because "of Trump's personality and leadership shortcomings."

Elliot Williams at CNN even picked at the Trump administration for a program set up under Obama in which members of the Air Force stay overnight at Trump hotel facilities.

He called it a "Trump administration scandal" and said the program is "yet another example of an administration with an unprecedented level of contempt for Congress and its constitutional duty to oversee the executive branch."

On Wednesday, Pelosi insisted Trump should work with House Democrats on their priorities, even though they are in the middle of a madcap rush to impeach him.

Twitter news aggregator Twitchy commented, "Nancy Pelosi hopes that just because Dems are trying to destroy his presidency doesn't make Trump unwilling to work with them on other issues."

Asked how she'll work with Trump on legislation while trying to run him out of town, she said, "The two have nothing to do with each other."

President Trump has often described the resistance as a "coup" attempt against the government of the United States.