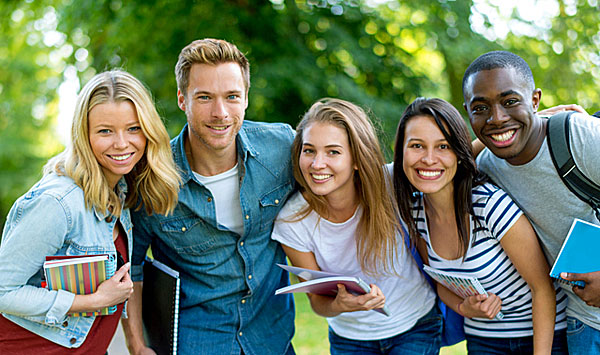 One in three college students say it's just fine with them to "shout down" campus speakers with whom they disagree, according to a new poll.

And that attitude makes 61% of college conservatives afraid to express their own deeply held views.

The results come from the fifth annual national survey of college students released by the William F. Buckley Jr. Program and Yale. It was conducted by McLaughlin & Associates, which interviewed 802 students under age 25 at four-year private and public universities.

It asked for opinions on free speech, the Constitution, Social Security, debt, the Green New Deal, Medicare for All and U.S. president candidates.

Only about one-third expect they will get any money from Social Security, and three of five say they want free college.

They like the Green New Deal – the extreme environmental bill forecast to cost taxpayers trillions of dollars – by a 2-1 margin and Medicare for All by 3-1.

Shockingly, more than one in four, 27%, believe the Constitution is outdated and that amending it is too difficult.

Incongruously, "there are 21% of students who believe the Constitution is outdated, but say the First Amendment is important and still needs to be followed and respected."

A full half of the students say they "have felt intimidated in sharing their ideas, opinions or beliefs in class because they were different than those of their professors or classmates," the poll found.

"Exactly half, 50%, of students say they have often felt intimidated in sharing their ideas, opinions or beliefs in class because they were different than those of their professors."

The report said conservative students most often were victims in such situations, with 61% reporting they have often felt intimidated.

Twenty-nine percent said "they cannot help but think negatively of a person if they hold viewpoints that are perceived as uninformed, intolerant or bigoted."

On shouting down speakers that have different views, "liberal students are most likely to agree with this statement, 40% to 55%. Seventy-four percent (74%) of conservatives disagree, as do 62% of moderates."

Students are nearly equally divided on whether "hate speech" is protected by the First Amendment.

"Thirty-one percent agree that physical violence can be justified to prevent a person from using hate speech or making racially charged comments, while 62% disagree," the report said.

Their support for programs such as the Green New Deal and Medicare for All does not extend to their own pocketbooks, the survey said.

"Less than half would be willing to pay more in taxes to support these programs. Greater than eight in ten acknowledge that the national debt is a problem and six in ten support forgiving student debt and making college free," the report said.

They also, 54% to 31%, would trash the Electoral College and give the six or seven most populous states control over presidential elections.

Nearly half say it's fine raised taxes on people who didn't go to college to "make college more affordable for others or forgive loans for former students."