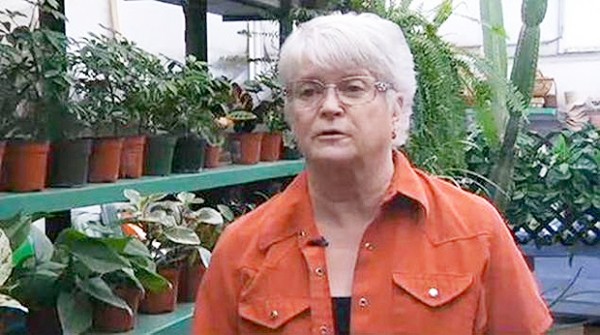 The Supreme Court should take up the case of a Washington state florist who refused to provide flowers for a same-sex wedding to reinforce the First Amendment right of citizens not to be forced to express approval for messages they oppose, contends 43 members of Congress, religious liberty groups and elected officials from 17 states.

They've filed friend-of-the-court briefs urging the Supreme Court to review the case of Washington state florist Barronelle Stutzman, who declined to provided her artistry to a longtime customer because he wanted her to endorse his same-sex wedding.

Groups submitting briefs include the Cato Institute, the Reason Foundation, the Center for Constitutional Jurisprudence, the Center for Religious Expression, a long list of First Amendment scholars, the Foundation for Moral Law and the Ethics, Religious Liberty Commission of the Southern Baptist Convention, Samaritan's Purse, the Billy Graham Evangelistic Association, Concerned Women for America, the National Legal Foundation, Public Justice Institute, the International Conference of Evangelical Chaplain Endorsers, The Islam and Religious Action Team of the Religious Freedom Institute and the Jewish Coalition for Religious Liberty.

Washington Attorney General Bob Ferguson sued Stutzman and her business in 2013. A court ruled against her, threatening only her business but her personal assets.

She appealed to the U.S. Supreme Court and the justices sent the case back to the state with instructions to take into account the Masterpiece Cakeshop ruling in which the Supreme Court determined Colorado showed hostility to a Christian business owners faith.

The state court, however, did not take Masterpiece case into account, simply copying and pasting its previous ruling. Stutzman's lawyers with the Alliance Defending Freedom, now have appealed to the high court again.

The fact that the message was expressed in flowers does not "in any way forfeit the protection of the First Amendment."

Samaritan's Purse said the Washington Supreme Court "has misinterpreted Masterpiece in a manner that makes the First Amendment's protection against religious hostility unenforceable."

The brief says Washington state now "suppresses 'the religious and philosophical objections to gay marriage' that are 'protected views and in some instances protected forms of expression' under the First Amendment."

"This case is about an artist's right not to speak and not to be compelled to violate her core religious convictions."

"The government entity here has pursued this case solely because it objects to Stutzman's religious beliefs. ... That is hardly consistent with the principles of 'open discourse,' 'a tolerant citizenry,' and 'mutuality of obligation' that underpin our republican system of government."

The members of Congress say: "Stutzman does not challenge the state's interest in protecting its citizens from discrimination on the basis of sexual orientation. Indeed, Ms. Stutzman regularly serves and hires LGBT individuals … Stutzman's petition instead focuses on her customized wedding pieces – artistic expression that is wholly different from the vast majority of commercial products and services sold by public businesses… this court thus can rule for Ms. Stutzman without calling into question anti-discrimination laws."

"Barronelle serves and hires people from all walks of life. What she can’t do is take part in – or create custom floral arrangements celebrating – —sacred events that violate her religious beliefs. The briefs filed with the Supreme Court affirm that principle," said ADF Senior Vice President of U.S. Legal Division Kristen Waggoner, who argued on Stutzman's behalf before the Washington Supreme Court in 2016 and who also argued for Colorado cake artist Jack Phillips before the U.S. Supreme Court in Masterpiece Cakeshop.

"The Washington Supreme Court upheld a ruling that threatens Barronelle with personal and professional ruin. Regardless of what one believes about marriage, no creative professional should be forced to create art or participate in a ceremony that violates their core convictions."

The state court avoided the mandate from the Supreme Court by claiming that the ruling applied to hostility from "adjudicatory bodies," mainly judges, and that elected officials such as Washington's attorney general were exempt from the ban on exhibiting official state hostility to Christianity.

"In the Masterpiece case, the U.S. Supreme Court reversed Colorado’s decision to punish Jack Phillips for living and working consistently with his religious beliefs about marriage, just as Stutzman has been trying to do while enduring lawsuits from the Washington attorney general and the American Civil Liberties Union," ADF explained.

Stutzman is the owner of Arlene's Flowers in Richland, Washington.

ADF, in its request to the court for review, said: "Absent this court’s review, government officials will keep dragging reasonable and sincere people of faith like Barronelle through the courts, imposing ruinous judgments, and barring them from their professions simply because they hold disfavored views about marriage. Religious people should be free to live out their beliefs about marriage. But states like Washington afford that freedom only to people who support same-sex marriage, while stripping it from Barronelle and others like her."