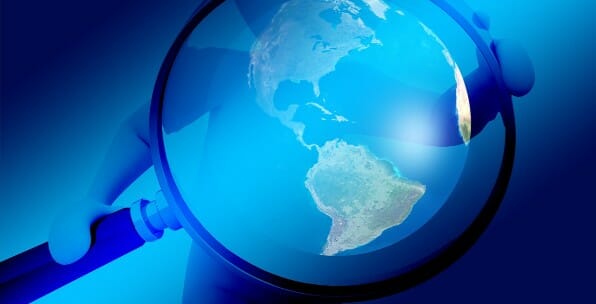 The Washington watchdog Judicial Watch is investigating an allegation that prominent conservative figures, journalists and allies of President Trump were unlawfully monitored by the State Department in Ukraine at the request of ousted U.S. Ambassador Marie Yovanovitch.

The Obama appointee's secret testimony to the House "impeachment inquiry" last Friday was leaked to the New York Times during the closed-door hearing.

Judicial Watch, which has submitted a public records request to the State Department, said it already has obtained information indicating Yovanovitch may have violated laws and government regulations by ordering subordinates to target certain U.S. persons using State Department resources.

A source with knowledge of the information told investigative reporter Sara Carter that she was among the journalists targeted.

Carter said that among targets was John Solomon, a former columnist for The Hill.

Carter and Solomon have broken many stories related to the origin of the Obama administration's intelligence investigation of the Trump campaign, which triggered the special counsel probe.

Yovanovitch was a career diplomat who served at embassies in Kyrgyzstan and Armenia.

She was appointed ambassador to Ukraine by Obama in 2016 and was recalled by the State Department in May.

Judicial Watch said that prior to being recalled, she is alleged to have created a list of individuals who were to be monitored via social media and other means.

Ukraine embassy staff made the request to the Washington D.C., headquarters office of the department’s Bureau of European and Eurasian Affairs, Judicial Watch said.

After several days, Yovanovitch's staff was informed that the request was illegal, and the monitoring either ceased or was concealed via the State Department Global Engagement Center, which has looser restrictions on collecting information, according to the watchdog.

A senior State Department official said it's "not an obscure rule."

"Everyone in public diplomacy or public affairs knows they can’t make lists and monitor U.S. citizens unless there is a major national security reason," the source said.

Judicial Watch said that if the illicit operation occurred, "it seems to indicate a clear political bias against the president and his supporters."