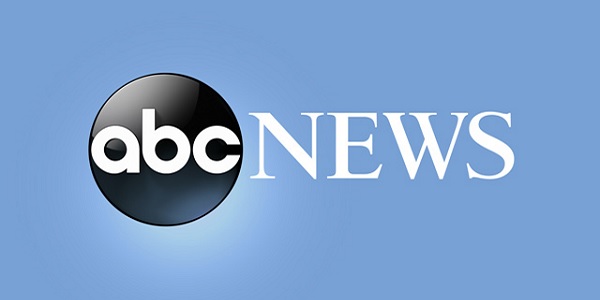 Irony can be pretty ironic.

In the same week that CNN, the network blasted as "Fake News CNN" by President Trump, was exposed by undercover video admitting it sold itself "to the devil," a CNN analyst slammed ABC News on Sunday for lying to its news customers with false footage of a purported Turkish attack on civilians in Syria that was actually a weapons demonstration at a Kentucky gun range.

"Let's talk about the most egregious media error of the week, in fact one of the most in recent memory," Brian Stelter of CNN said on "Reliable Sources." "This involves ABC News showing video from a gun range in Kentucky that they said was video of a slaughter in Syria."

Stelter continued: "You can see it's labeled 'Slaughter in Syria.' It's actually from a Kentucky gun range. ABC says it regrets the error, but it has not explained what happened, what went wrong here. Why do you think that matters? That the network has not addressed how this happened?"

"An ABC source said to me, 'there will be consequences internally,' but they won't say what that means," he added.

As WND reported a week ago, ABC News came under heavy fire after airing footage it claimed showed a ferocious attack by Turkish military forces bombing Kurdish civilians in Syria. However, the video was actually from a nighttime demonstration at the Knob Creek Gun Range in West Point, Kentucky.

ABC tweeted out a correction last Monday saying: "We've taken down video that aired on 'World News Tonight Sunday' and 'Good Morning America' this morning that appeared to be from the Syrian border immediately after questions were raised about its accuracy. ABC News regrets the error."

On Sunday, Oct. 13, ABC News anchor Tom Llamas aired the "shocking"images, with a caption that blared in all capital letters: "SLAUGHTER IN SYRIA."

"The situation rapidly spiraling out of control in northern Syria. One week since President Trump ordered U.S. forces out of that region, effectively abandoning America’s allies in the fight against [the Islamic State],” he said.

"This video right here appearing to show Turkey’s military bombing Kurd civilians in a Syrian border town, Llamas breathlessly continued. "The Kurds, who fought alongside the U.S. against ISIS. Now, horrific reports of atrocities committed by Turkish-backed fighters on those very allies."

On "Reliable Sources," Erik Wemple, the media critic for the Washington Post said of ABC, "I think they just want this thing to blow over."

But Wemple was quick to add the network should go public with explaining how such a serious error could take place.

"Some people think it was not an accident, that this was intentional. I see no evidence of that," he said. "I don't think they would have bailed on it if it had been intentional. So I do think it was probably a mistake, but I think they should explain how it happened because I think this industry, journalism, can only get better if we all know how the mistakes occurred in the first place."

"They got caught!" Limbaugh exclaimed, as he rhetorically asked the network, "How did it get passed in your editing process in the first place? ... You people weren't even suspicious?"

"This is full-fledged illusion creation. This is lying to news customers."

"So ABC News uses video from 2016 and then tries to pass it off as Turkey bombing the Kurds in Syria. Now why would they do this? ...

Footage from the Kentucky gun range:

Becket Adams of the Washington Examiner noted: "It is astonishing that ABC appears to have aired Kentucky gun range footage during primetime news segments on the clashes in Syria and that no one at the network – not a producer, not a fact-checker, and certainly not an on-air personality – caught the errors before they aired."

On Thursday, undercover journalist James O'Keefe's Project Veritas released a third round of secretly recorded video clips documenting CNN's political bias, this time feature a death wish for President Trump and an admission that the network has sold itself to the devil.

The videos were recorded by former CNN satellite uplink technician Cary Poarch, who says he recently agreed to wear a hidden camera "to expose the bias" at the network.

Video released Thursday shows Mike Brevna, a floor manager at CNN, complaining about how much the network has changed over the years.

"When I got this job 13 years ago, CNN was nothing like this. ... They sold themselves to the devil. It's, it's sad." Brevna said.