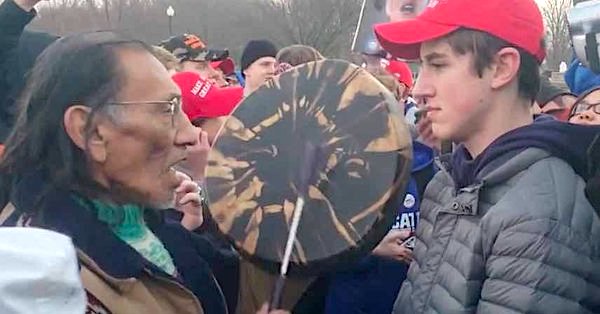 A federal judge partially reversed his dismissal of Nick Sandmann's lawsuit against the Washington Post for accusing the Kentucky high-school student of being the aggressor in a confrontation with a Native American activist.

Sandmann was wearing a Trump MAGA hat when Nathan Phillips approached him banging a drum after the Right to Life March in Washington, D.C., on Jan. 18. The Covington Catholic student was lambasted on social media due to media reports and a selectively edited video. Later, other videos provided a fuller context, showing Phillips was the aggressor.

USA Today reported that after reviewing an amended complaint, Judge William Bertelsman ordered that the case could enter the discovery phase, meaning a portion of the lawsuit against the Post could continue.

The judge ordered that at least three of the 33 statements Sandmann's lawyers alleged were libelous must be reviewed further.

The order means Sandmann's lawyers can ask for internal Washington Post documents that could reveal communications between editors and reporters and much more.

Sandmann has filed similar cases against NBC and CNN.

The order said the three statements for review state that Sandmann "blocked" Phillips and "would not allow him to retreat."

The judge said the amended complaint also argues that Phillips "deliberately lied" and "had an unsavory reputation."

The new complaint also contends the Washington Post should have known about Phillips due to previous coverage of him.