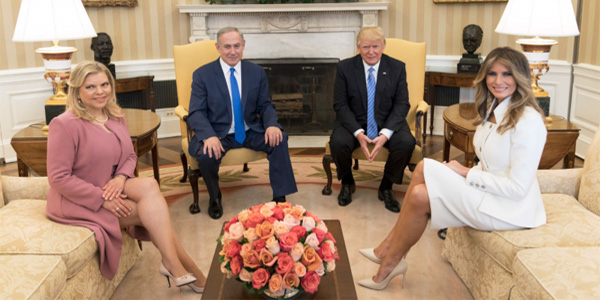 It's true that the only poll on the U.S. presidency that counts is the one that happens on election day, but given the multitude of media-linked polls recently that have claimed any one of a number of Democratic hopefuls would beat President Trump in 2020, a new Zogby result throws a wrench in the works.

In fact, it shows that many demographic groups now expect him to be re-elected.

Even in the demographic groups in which he's not winning -- women, Hispanics and moderates -- the differential was no more than a single percentage point.

"The public's sentiment toward Trump is a mixed bag. Although, a plurality might support impeachment of Trump, his approval numbers are still very high. We currently have Trump's job approval at 50% approve and 48% disapprove-October 3, 2019," the report said.

"And while people aren't crazy about him digging for dirt on Joe and Hunter Biden, more voters think he is going to win re-election in 2020. Especially, important swing voters and groups favorable to Democrats.

"The public is divided, people are upset with Washington D.C. and it looks like Democrats will impeach the president. Will this end Trump? The numbers don't exactly support that theory, but things are only going to get crazier and more intense over the next year. Maybe this is the perfect storm for a Trump win in 2020. He has survived every crisis imaginable, and maybe he will become the first president to be impeached and re-elected. Sounds crazy, but in the case of Donald Trump, not that crazy," the report said.

The survey also showed a majority of voters approve of the "impeachment inquiry" by the House and a plurality support impeachment.

But that hasn't changed their expectations that President Trump will glide into a second term after the 2020 vote.

The Washington Examiner reported Zogby's "is the first to test both impeachment and reelection and it made clear that the public continues to be divided on Trump and sometimes irked by his tactics."

"But the driving theme in the poll analysis is that in the end, Trump is likely to come out a winner."