A Chicago woman has been charged in a murder-for-hire plot after she allegedly tried to hire an undercover cop to kidnap and kill her ex-girlfriend's new partner.

Lissette Ortiz, 54, is facing one felony count of solicitation of murder for hire, according to Chicago Police. 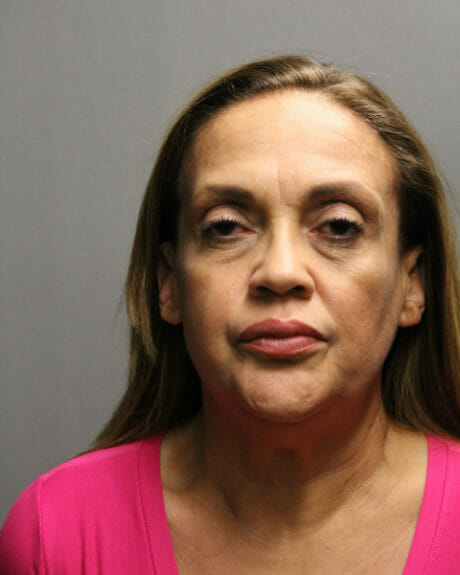 Lissette Ortiz, 54, is facing a felony count of solicitation of murder for hire after allegedly asking an undercover cop for assistance to abduct and murder her ex-girlfriend's new partner. (Chicago Police)

It is believed that Ortiz previously dated one of the police officers assigned to Chicago Mayor Lori Lightfoot's security detail, according to WBBM-TV, but after they broke up this past summer the police officer began dating a 62-year-old woman.

Ortiz blamed the new girlfriend for the breakup and allegedly began planning to kidnap and murder her.

Chicago Police said Ortiz approached a man only known as "witness 2" and asked if he or someone he knew would be willing to abduct the woman and bring her to Ortiz so she could "take care of the rest."

She reportedly offered the witness $5,000 for the abduction or $500 and a large television to introduce her to someone who would do it instead.

The witness instead contacted the police and then introduced Ortiz to an undercover cop.

Ortiz and the undercover cop met on Nov. 20.

"Her plan, after the undercover officer kidnapped and delivered the victim to her, was to put the victim in a car while tied up and then set the car on fire in a remote location,” the assistant state’s attorney said, according to the Chicago Tribune.

She also allegedly "made statements indicating she preferred that the victim still be alive at the time of the car fire.”

Ortiz allegedly told the undercover cop that she had already paid someone to carry out her plan, but that person ran away with the money without performing the job.

She also said that she planned to have an alibi during the murder and planned to flee to Puerto Rico afterward, according to WBBM.

Prosecutors said Ortiz wanted the murder to be done before Thanksgiving so the woman couldn't spend the holiday in the house Ortiz and her ex-girlfriend once shared, according to WBBM.

Ortiz was arrested Friday after her interaction with the undercover cop.

Authorities also found a file of detailed information about the victim's whereabouts as well as some of Ortiz's belongings already packed in boxes, according to the Chicago Tribune.

If found guilty, Ortiz could face anywhere from 15 to 30 years in prison.