Most agree that Americans already have enough laws to obey in this country. Then again, bureaucrats don't care what the masses think, since they are just the people who have to follow the laws. Apparently, things look different when you get to actually set legal and regulatory policy. Those folks love expanding their powers.

Look no further than the Bureau of Alcohol, Tobacco, Firearms and Explosives.

It turns out ATF has been enforcing laws that don't even exist. For years, the feds have been going after people who sell parts of AR-15s (the pieces are called "receivers"). A judge recently ruled that these "receivers" are not firearms under current regulations. Of course, that is true; pieces of weapons are not weapons, even if people could put those pieces together at home.

The point is that the ATF has been pretending they are complete weapons, thus making its own law. When a judge pointed this out in his legal decision, the government quietly decided to settle the case out of court, lest it set a legal precedent that would handcuff ATF in the years ahead. Other judges had made similar decisions in recent years about receivers.

ATF, at President Trump's direction, also banned bump stocks by changing the definition, something the Obama DOJ wouldn't do even though bump stocks are not themselves weapons. They are "the part of the gun that meets the shooter's shoulder, and they help the user pull the trigger repeatedly and quickly," as Robert VerBruggen writes. "The trigger still functions one time for every shot fired."

The bottom line is that ATF is making laws. That's not constitutional. But if we the people don't obey, we could end up in prison anyway.

Of course, ATF isn't alone in this. Its cousin organization, the Alcohol and Tobacco Tax and Trade Bureau, is also trying to expand its powers. TTB is part of the Treasury now, but used to be run alongside ATF. The taxation issues, uncertainty and compliance burdens TTB present to gun owners are terrible; however, like ATF, its track record of misinterpreting and selectively interpreting represents the worse of its abuse of power.   We have seen this abuse occur when it has provided one set of regulations for one product while giving the opposite ruling for that of a direct competitor, whose co-owner appeared in an ad with Hillary Clinton. And because of Notice No. 176, a new proposal it recently issued, we may soon watch the abuse get worse.

With its new rule, TTB is proposing to "reorganize and recodify these regulations in order to simplify and clarify regulatory standards, incorporate guidance documents and current policy into the regulations, and reduce the regulatory burden on industry members where possible." That's just code for wanting to invent new regulations without going through the U.S. regulatory process, just like ATF. This isn't the result of an act of Congress. It's an act of bureaucracy.

These organizations have something in common beyond their focus on gun issues, alcohol and tobacco regulation, and their tendency to misinterpret the law and enforce rules that don't exist. Both ATF and TTB are operating with interim leaders.   ATF's Regina Lombardo is currently serving as acting deputy director. The bureau hasn't had a permanent leader since the Bush administration.   TTB is being run by Mary J. Ryan and Daniel Riordan, who took the titles of acting director and acting deputy administrator just this year. In the last two election cycles, Ryan has donated to Sens. Bernie Sanders and Amy Klobuchar. For his part, Riordan donated several times to Hillary Clinton's presidential campaign. No wonder they have such disrespect for law and order and the constitutional process itself.

President Trump has a clear opportunity here. He could step in today and replace these leaders with people who will respect the Second Amendment and will focus on delivering effective, legal government. Doing so would benefit all Americans, and put our country on the path to success, instead of the path to bureaucratic domination. It's time. 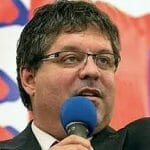 Mark Walters
Mark Walters is the Second Amendment Foundation's 2015 Gun Rights Defender of the Year award recipient, a member of the Board of Directors of The Citizens Committee for the Right to Keep and Bear Arms and the co-author of three books, Lessons from Armed America with Kathy Jackson, Lessons from UnArmed America (with Rob Pincus) and Grilling While Armed with George Hill. He hosts two syndicated radio broadcasts, Armed American Radio and Armed American Radio's Daily Defense.
Gun regulators are making up their own laws – and it has to stop
See more...