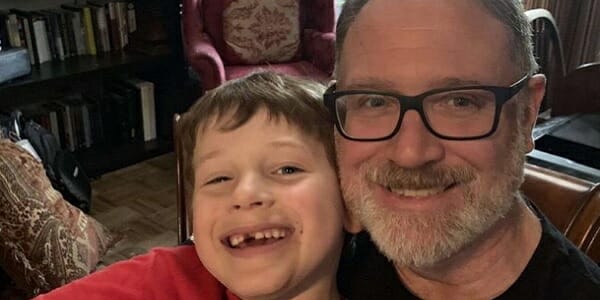 James Younger, the 7-year-old Texas boy whose mother wants him to become a girl, has registered for school as a boy.

LifeSiteNews reported the child had been enrolled in kindergarten as a girl, but after a judge's ruling that gave joint custody to the parents, he has chosen to attend as a boy, using his given name.

The father, Jeffrey Younger, opposes the efforts of the mother, Anne Georgulas, who wants to "transition" James into "Luna," a girl.

A judge decided both parents must now agree to any medical treatments for James, and he would be allowed to choose how he identifies himself.

It was Judge Kim Cooks who awarded Jeffrey Younger and Georgulas "joint managing conservatorship and joint decision making" for James and his twin, Jude.

"Georgulas will not be able to subject James to medical 'transitioning' without Mr. Younger's consent, although a court-appointed individual will be able to make decisions if the parents cannot come to an agreement," LifeSiteNews reported.

The judge imposed a gag order on both parents during the process, and now information about the case is coming from social-media postings by friends of the family.

Before the judge's ruling, Georgulas had complete authority over psychological and psychiatric care for the boys.

The report said the judge ordered an original Save James website shut down, so supporters of James Younger have created a new site, SJSaveThousands.

After the judge's decision, Jennifer Roback Morse, founder of the Ruth Institute, which equips Christians to defend the family, called such gag orders "an egregious abridgement of the father's First Amendment rights."

James Younger's mother had been making him wear dresses, painting his nails and telling him he's a girl since he was 3 years old.

Her plans for the boy included "chemical castration via puberty blockers and cross-sex hormones," and surgery.

Georgulas, meanwhile, has launched an attack on the judge in the case, demanding that she be removed.