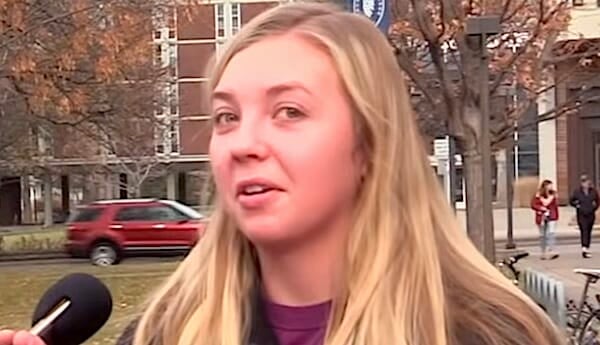 Students randomly interviewed at a Christian college expressed opposition to the celebration of Thanksgiving.

At Macalester College in Minnesota, Kyle Hooten, reporting for the College Fix, found students, living in the most prosperous and free nation in the history of mankind, concerned mainly about oppression and colonization.

Is it acceptable to celebrate the holiday?

"I think that Thanksgiving has been misconstrued a lot, especially in textbooks," one student told the College Fix. "It's kind of just based off of the genocide of indigenous people, and I don't really think that we actually give thanks on Thanksgiving, we just eat a bunch of food, and it's just a bunch of capitalist bull----.”

A few students contended that most American holidays are rooted in oppression.

"What do Americans do except for celebrate unethical holidays?" one student said.

Another student interviewed outside the campus chapel said no holidays with religious connotations should be observed.

The College Fix found only a handful who unreservedly supported Thanksgiving.

Most said no, and several gave a qualified yes, saying it can be celebrated as long as one keeps in mind the oppression it represents or shifts the focus to spending time with family.