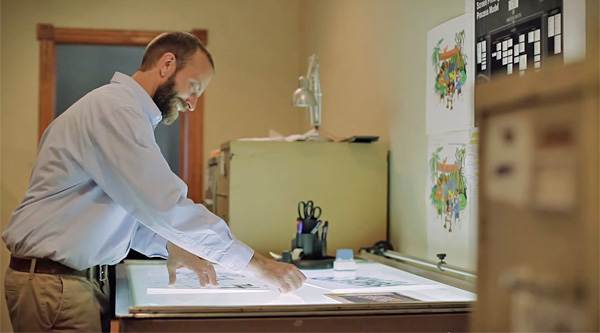 A Kentucky T-shirt printer has become the third Christian business owner to defeat the demands of LGBT activists that he violate his faith.

Blaine Adamson of Hands On Originals in Lexington, Kentucky, declined to print shirts promoting a local "pride" event held by the Gay and Lesbian Services Organization.

He did, however, refer the customer to another printer who was willing to print the message.

The state Supreme Court, however, has ruled unanimously that the GLSO "did not have a legal right to sue Adamson or his business."

Jim Campbell of the Alliance Defending Freedom, which defended Adamson, said the decision "makes clear that this case never should have happened."

"For more than seven years, government officials used this case to turn Blaine's life upside down, even though we told them from the beginning that the lawsuit didn't comply with the city's own legal requirements," he said

"The First Amendment protects Blaine's right to continue serving all people while declining to print messages that violate his faith. Justice David Buckingham recognized this in his concurring opinion, and no member of the court disagreed with that."

Earlier this year, a company of wedding calligraphers in Phoenix rejected the city's demand that they promote same-sex weddings in violation of their Christian faith. It was the same result for a company owned by Christians in Minnesota who make wedding videos.

Justice Buckingham wrote: "Hands On was in good faith objecting to the message it was being asked to disseminate."

Quoting the U.S. Supreme Court's opinion last year in Janus v. AFSCME, he wrote that that "when speech is compelled ... individuals are coerced into betraying their convictions."

No member of the court disagreed with what Buckingham wrote.

ADF noted the case highlights why the U.S. Supreme Court should take up the important First Amendment issue at the heart of the case and decide whether governments may force creative professionals who serve everyone to print messages or create art that violates their beliefs.

Washington state floral artist Barronelle Stutzman has asked the U.S. Supreme Court to hear her case and resolve that question. It's the second time she has petitioned the high court.

Jack Phillips of Masterpiece Cakeshop in Colorado is facing a third lawsuit.

In the Adamson case, the court said "this matter must be dismissed because the Gay and Lesbian Services Organization, the original party to bring this action before the Lexington-Fayette Urban County Human Rights Commission, lacked statutory standing to assert a claim against Hands On Originals under the Lexington-Fayette Urban County Government ordinance."

ADF-allied attorney and co-counsel Bryan Beauman said the commission "wasted taxpayer dollars and judicial resources by pressing this complaint in the first place and then appealing it all the way to the Kentucky Supreme Court."

"We hope that going forward the commission will respect the free speech rights of its citizens," he said.

Hands On Originals had posted a notice that it would work with any customer, but it reserved the right not to fulfill an order "that would endorse positions that conflict with the convictions of the ownership."

The county Human Rights Commission decided in favor of the LGBT group, ordering Hands On "to participate in mandatory diversity training to be conducted by the commission."

But Buckingham concluded the commission "went beyond its charge of preventing discrimination in public accommodation and instead attempted to compel Hands On to engage in expression with which it disagreed."