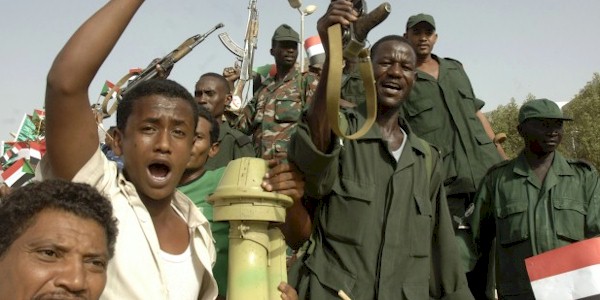 A court in Sudan has ordered the government's intel apparatus to give back land it confiscated years ago from a Baptist church.

"In 2012, NISS seized the land in Khartoum Bahri, preventing the Baptist church from using it for any purpose," CSW said. "The decision by NISS was part of a wave of repression against Christians between 2011 and 2013 that included the forced deportation of foreign Christians and the closure of church-run schools and training centers."

The court made the ruling Sept. 9, but it was not communicated to the church until October.

CSW Chief Executive Mervyn Thomas said his group welcomes the decision to return the land to its rightful owner.

"Failure to comply with the Court of Appeal's ruling would be a worrying indicator of a continuing disregard by the NISS for the right to freedom of religion or belief during this transitional era," he said. "We urge NISS to abide by the recent decision and to cease all and any further interference in the affairs of the Baptist church and other religious minorities in Sudan."

CSW said the case was initially submitted to the administrative court in 2017 "in a bid to overturn the decision by NISS to seize the land on the basis that the agency had no right in law to make such an order."

The court ruled in favor of the Baptist church but NISS appealed to the Court of Appeal.

The decision came weeks after the appointment of Sudan's new transitional government led by Prime Minister Abdalla Hamdok, who promised to implement wide-ranging reforms in the country.

In a statement to the United Nations Human Rights Council last month, Sudan's new Minister of Justice, Nasredeen Abdulbari, said the extensive powers granted to NISS under former President al Bashir had been limited. The new minister of guidance and religious endowments, Nasr-Eddin Mofarah, has also made statements that affirm Sudan’s religious diversity.

CSW said the "wave of repression" included the detention of at least 55 Christians by the government over that time period.

They typically were held for two weeks without any charges.

They apparently were suspected of getting money for foreign countries, including Israel.

A number of Christian schools, colleges and training centers were closed under a media campaign decrying the "Christianization" of the country.