A fugitive from Arizona has been captured in Mexico after evading authorities for over a decade.

The Maricopa County Sheriff's Office issued a warrant for Christopher Flores's arrest in 2008, two years after he allegedly struck and killed a bicyclist named Jason Wedo while driving.

Flores was reportedly going over 50 mph when he "failed to yield to a curve in the road" and hit Wedo from behind, according to KTVK.

Wedo instantly died from his injuries.

It was later determined that the suspect was under the influence of both alcohol and marijuana.

Flores was originally arrested in 2006 following the fatal incident, but was released awaiting toxicology results, according to KSAZ.

When the MCSO filed charges against Flores in 2008, however, they were unable to find him. 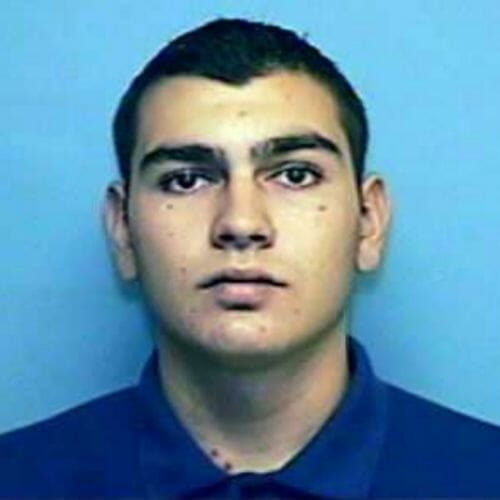 Christopher Flores was arrested earlier this month after avoiding authorities for over a decade. (U.S. Marshals Service)

For the past 11 years, both the sheriff's department and the U.S. Marshals Service in Arizona have been searching for him.

U.S. Marshals finally tracked him down in Puerto Vallarta, Mexico, through a bank account funded by Flores' father, according to KTVK.

Flores, now 31 years old, has been extradited back to Arizona and booked into jail.

"Mr. Flores has been on the run for over a decade," Maricopa County Sheriff Paul Penzone said.

"Through hard work, excellent investigative strategies and a combined effort between state, local and federal authorities, Mr. Flores has been captured and will face the consequences of his actions in 2008.

"The MCSO looks forward to working diligently with other law enforcement partners in ending this case and bringing a sense of closure to the Wedo family."