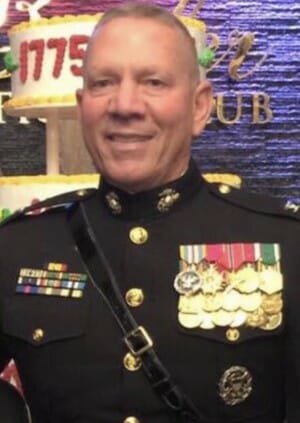 Child molestation is one of the worst crimes, and most people wouldn't risk their reputation looking into a situation to see if the charges were legitimate. Not me. When I found out the son of a longtime family friend and pastor was wrongfully in prison for child molestation, I decided to investigate. It didn't make any sense that a man from such an honorable family, a man who'd had an illustrious career in the Marines with over 50 awards and ribbons on his uniform, would engage in such repulsive behavior.

I wrote an article about Col. Dan Wilson for The Christian Post in June 2018. In it, I laid out the case for his innocence. I reviewed the evidence. I spoke with his siblings, including one who sat through the entire trial. They all believed he was innocent.

Here's the story. The highly decorated Marine colonel was hanging out with some friends and their three young daughters. His wife was also there. This was a young family he had helped. The adults were drinking. The girls were roughhousing with him. At one point, one of the girls, age 6, fell on the hard wooden floor and started crying.

Her mother, who had drunk four vodka cocktails in addition to taking Xanax, took her into the bathroom. The mother then accused Wilson of molesting the girl. Even though Wilson was never by himself with the child. Others were always present.

Still, the military tribunal found Wilson guilty of child molestation. However, they found him innocent of nine other serious charges. They found him guilty of lesser, unrelated offenses, including telling crude jokes and being AWOL for two days (which he disputes). Notably, no civilian would ever be convicted criminally for telling crude jokes. He was sentenced to prison for five and a half years and began serving the term in 2017.

Shortly after I wrote the article, I received a threatening legal letter from a law firm representing the accuser's family. They demanded that I have the Christian Post story taken down within 24 hours, or they would consider legal action against me.

I prayed about it and did not respond. I hadn't done anything wrong. I'd merely reported the facts. But it was still stressful, because litigation can wear someone down, even if she is the innocent party. I don't have the money to afford a good attorney to defend myself. I would be forced to represent myself, and even though I am an attorney, this is not my area of expertise. Thankfully, and perhaps tellingly, I was never sued. It was all a bluff.

Wilson appealed the conviction from prison through his attorneys, focusing on the facts that the girl's testimony was not consistent and that he was never in the room alone with her. He leaned on Philippians 4:13 for support: "I can do all things through Christ who strengthens me." It was James 1:2-4 that helped him understand that God had a mission for him, and to accept all hardships willingly, that they would strengthen him as a man and a Christian: "Count it all joy, my brothers, when you fall into various temptations, knowing that the testing of your faith produces endurance. Let endurance have its perfect work, that you may be perfect and complete, lacking in nothing."

Col. Wilson discovered God's purpose for him was to expose corruption in the military legal system. He intends to talk to Congress about it and write two books, one focused on legal reform and the other focused on prison reform. He finds it ironic that in the military legal system, soldiers who risk their lives for the rest of us to preserve our rights get fewer rights than terrorists.

Fortunately, the appeals court overturned the decision. In fact, the court threw it out with prejudice, so the charges can't be brought up again. The appeals court reasoned in its decision that the only evidence against him didn't stand up. "BP" is the little girl, her statements the prosecution's only real evidence.

"On every important aspect of the alleged offense – if abuse happened; when it happened; how many times it happened; and what happened – BP was inconsistent in non-trivial ways that cannot solely be attributed to her young age," the court ruled.

The girl's mother first admitted in an initial statement that the girl twice denied that molestation took place. This clearly bothered the appeals court. The case against Wilson mainly consisted of the girl saying he scooted her up on his knee. The court did not think that meant he intentionally tried to sexually gratify himself, the standard required to convict.

The court opined that "the government presented no physical evidence and no corroborating eyewitnesses who saw or heard signs of abuse." The girl's mother also changed her story more than once.

Wilson never received any punishment for the crude joke convictions, only the molestation charge. He has been released from prison and is back with his family, but how is he going to get back the three years of his life he lost in prison?

There is a lesson here. Sometimes the current crackdown on improper sexual activity goes too far. Innocent people get caught up in the attempt to catch the guilty. Some prosecutors and courts seem to believe that with sex abuse charges, the defendant is guilty until proven innocent.

Except sometimes we don't. The military courts didn't do that in Dan Wilson's case. To convict an innocent man of something so heinous as molesting a child should never be allowed to happen in our society.

Part of the problem is this: Military prosecutors get to stack the jury with officers they like, including officers they supervise. And those military officers in the jury know that if they are ever up for an award or promotion in the U.S. Senate, a senator can pull his or her name off the list in retaliation for a certain jury verdict. And the prosecutors admitted to the defense before the jury verdict came in that they had presented a really weak case. Shame on those military officers who voted to convict Wilson. Let's hope Wilson exposes all this background corruption in his book and helps to fix the unfairness in the system.

The website Military Corruption has extensive coverage of the story.

Rachel Alexander
Rachel Alexander is a senior editor at The Stream. She is a political columnist and the founder and editor of Intellectual Conservative. Alexander is a regular contributor to Townhall and The Christian Post. She was ranked by Right Wing News as one of the 50 Best Conservative Columnists from 2011-2017 and is a recipient of Americans for Prosperity's RightOnline Activist of the Year award.
'American Martyrs': Docuseries tells stories of canceled Christians
The Big Lie about domestic violence keeps getting told
Wrongly imprisoned Republican demands probe of Dem prosecutor
Is the left stirring anti-vax sentiment to 'delete' conservative voters?
Arizona cattle-rustling scandal explodes with litigation
See more...