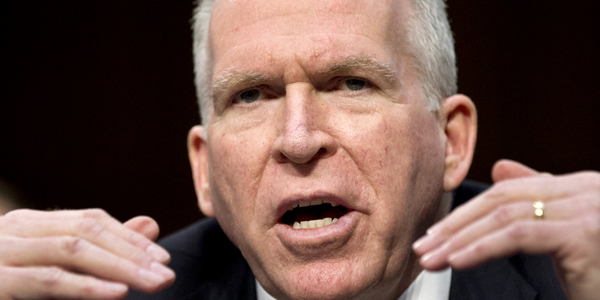 House Republicans argued Friday in a hearing of the House Intelligence Committee that the Democrats' witness, former ambassador Marie Yavonovich, had no first-hand knowledge of the claim that President Trump pressured Ukraine to investigate a political rival.

But as Chairman Adam Schiff, D-Calif.,  was concluding the opening 45 minutes of questioning, he claimed President Trump had just committed an act of "witness intimidation" in a Twitter message.

"Everywhere Marie Yovanovitch went turned bad. She started off in Somalia, how did that go? Then fast forward to Ukraine, where the new Ukrainian president spoke unfavorably about her in my second phone call with him. It is a U.S. president’s absolute right to appoint ambassadors," Trump tweeted.

He added: "They call it 'serving at the pleasure of the president.' The U.S. now has a very strong and powerful foreign policy, much different than proceeding administrations. It is called, quite simply, America First! With all of that, however, I have done FAR more for Ukraine than O."

Schiff, who claimed for two years claimed he had secret evidence that Trump colluded with Russia, asked Yovanovich what she thought of the president's tweet.

"I can't speak to what the president is trying to do, but I think the effect is to be intimidating," she said.

Schiff then warned, "Congress will not tolerate any reprisal, threat of reprisal, for testifying before Congress.

"Some of us here take witness intimidation very, very seriously."

Minutes later, Twitter news aggregator Twitchy asked, "Is Adam Schiff practicing some ''intimidation' of his own by not allowing Elise Stefanik to ask questions at impeachment hearing?"

Once again, Adam Schiff flat out REFUSES to let duly elected Members of Congress ask questions to the witness, simply because we are Republicans. His behavior is unacceptable and he continues to abuse his Chairmanship. Watch 📺👇 pic.twitter.com/qm9Uj8tiHO

She posted on Twitter video of the exchange during which Schiff, under rules he set up, ordered that she would not be allowed to speak, even though the ranking member, Rep. Devin Nunes, R-Calif., had recognized her during his time.

"Once again, Adam Schiff flat out REFUSES to let duly elected Members of Congress ask questions to the witness simply because we are Republicans," she wrote. "His behavior is unacceptable and he continues to abuse his chairmanship."

Townhall editor and Fox News contributor Katie Pavlich wondered, "What is he afraid of?"

"We have no doubt that he's not interested in what Stefanik has to say. But is this a case of him trying to intimidate someone?" Twitchy asked.

The Gateway Pundit reported former CIA Director John Brennan sent President Trump a message in a tweet Friday during the hearing: "Your comments reflect the despicable nature of your character, hate & fear of our foreign service officers & desperation to protect your corrupt & criminal acts. Your efforts to intimidate will fail. May your downfall be swift, your penalty onerous, & your legacy condemned by all."

Brennan is said to be a target of U.S. Attorney John Durham's criminal investigation of the origins of the Trump-Russia collusion investigation.