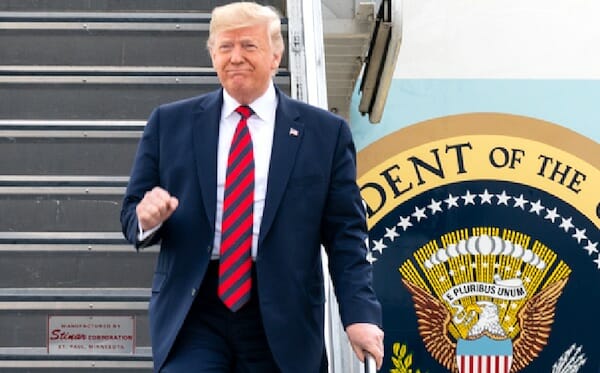 U.S. Rep. Jerry Nadler, D-N.Y., has invited President Trump to attend a public hearing next week as the impeachment investigation moves to the House Judiciary Committee, which he chairs.

In a letter to the president, Nadler warned that a failure to "make witnesses and documents available" would give the chairman "the discretion to impose appropriate remedies."

He's calling the hearing under House Resolution 660, which was adopted only by Democrats. Two Democrats voted against it.

The resolution, establishing the rules for the impeachment investigation, "approved certain privileges for you in the House Judiciary Committee while the committee considers whether to recommend articles of impeachment to the full House," Nadler wrote.

"I write to ask if – pursuant to H. Res. 660 and the related Judiciary Committee Impeachment Inquiry procedures – you and your counsel plan to attend or make a request to question the witness panel," said the chairman.

"The committee intends this hearing to serve as an opportunity to discuss the historical and constitutional basis of impeachment, as well as the Framers' intent and understanding of terms like 'high crimes and misdemeanors.' We expect to discuss the constitutional framework through which the House may analyze the evidence gathered in the present inquiry. We will also discuss whether your alleged actions warrant the House's exercising its authority to adopt articles of impeachment."

He told the president that "participation by the president or his counsel has been described by the committee in past inquiries as 'not a right but a privilege or a courtesy which is being extended to the president's counsel.'"

"The president has a choice to make: He can take this opportunity to be represented in the impeachment hearings, or he can stop complaining about the process," Nadler said.

Democrats launched the impeachment inquiry based on a whistleblower complaint by an anonymous federal employee whose information was second-hand.

The whistleblower has been widely reported to be Eric Ciaramella, a National Security Council official under Obama who transitioned to the Trump administration.