Because of course he did!!!
Alleged ‘Whistleblower’ Eric Ciaramella Worked Closely with Anti-Trump Dossier Hoaxer https://t.co/v5kDe0X62u

Donald Trump Jr. tweeted on Wednesday the name of the person widely believed to be the anonymous whistleblower whose complaint prompted the Democrats' impeachment inquiry against President Trump, defying warnings by the whistleblower's lawyers.

Last Thursday, attorneys for the whistleblower declined to confirm or deny that their client was CIA analyst Eric Ciaramella. The day before, RealClearInvestigations reported Ciaramella is the whistleblower, calling his identity "an open secret inside the Beltway."

Trump Jr.'s tweet linked to a Breitbart News report that Ciaramella was part of an Obama administration email chain celebrating the eventual signing of a $1 billion U.S. loan guarantee to Ukraine. 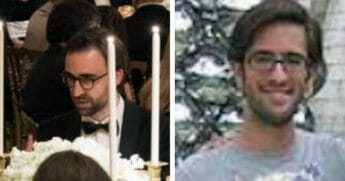 The president himself has called for revealing the whistleblower's identity. At a Trump political rally in Kentucky Monday, Republican Sen. Rand Paul threatened to expose the whistleblower and demanded he testify in Congress.

"We also now know the name of the whistleblower. ... I say tonight to the media, do your job and print his name."

Paul has since argued in interviews that only the Intelligence Community inspector general, Michael Atkinson, and his office are legally obligated not to reveal the name of the whistleblower.

"It won't, however, relieve the president of the need to address the substantive allegations, all of which have been substantially proven to be true," he said.

AFP has joined other establishment media in continuing to keep the whistleblower anonymous.

Ciaramella is known to be a career CIA officer with expertise in Ukraine policy who served on the White House National Security Council during the Obama administration, when 2020 Democratic presidential candidate Joe Biden was "point man" for Ukraine, and during the early months of the Trump administration.

The whistleblower, according to Atkinson, has indicated political bias against President Trump. Based on second-hand evidence, the whistleblower contends Trump used the threat of withholding aid to pressure Ukrainian President Volodymyr Zelensky to investigate the origins of the Trump-Russia collusion probe and Hunter Biden's profiting from a Ukrainian natural gas company while his father, then-Vice President Joe Biden, was President Obama's point man for Ukraine policy. The White House contends the transcript it released of the July 25 phone call with Zelensky shows there was no undue pressure. And it argues that the promised aid went through and the Ukrainian president insisted he was not pressured.

Republicans also argue that the president is required to ensure that serious allegations of corruption are addressed. And they point to a treaty passed in 1998 between the U.S. and Ukraine that establishes cooperation in criminal matters.

Ciaramella was Ukraine director on the National Security Council at the end of the Obama administration and through the early months of the Trump administration, when he briefly was acting senior director for European and Russian affairs.

Further, Sperry reported, Ciaramella left his NSC post in mid-2017 amid accusations of "working against Trump and leaking against Trump," according to a former NSC official who spoke on condition of anonymity to discuss intelligence matters.

Prior to filing the complaint, the whistleblower met for "guidance" with the staff of House Intelligence Committee Chairman Adam Schiff, according to a New York Times report.

Ciaramella invited Chalupa to the White House for meetings, the co-worker said.

Rush: 'Leaker,' not a whistleblower

On his nationally syndicated show last Thursday, talk-radio host Rush Limbaugh discussed Sperry's story, insisting Ciaramella is a "leaker," not a whistleblower, and comparing him to the "Pajama Boy" featured in a 2013 political ad campaign supporting Obamacare. 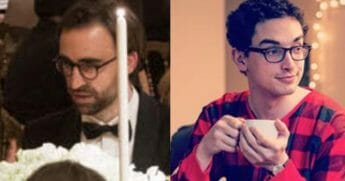 Limbaugh emphasized Sperry's reporting that Ciaramella allegedly was involved in the origins of the Trump-Russia collusion probe, "doing the bidding of John Brennan from the West Wing."

"Now Schiff and his buddies are saying, 'Well, we don’t need to know the young whistleblower’s identity. We don’t really need to hear from the whistleblower,'" Limbaugh said.

It's clear, he said, that because of his young age and his biases he would be "totally unimpressive as an image witness."

"He’s a left-wing government leech! Ciaramella is. He hates Trump. He loves Obama. He’s from the Ivy League. They're a dime a dozen in government. The Ivy League is a factory for these kinds of guys."