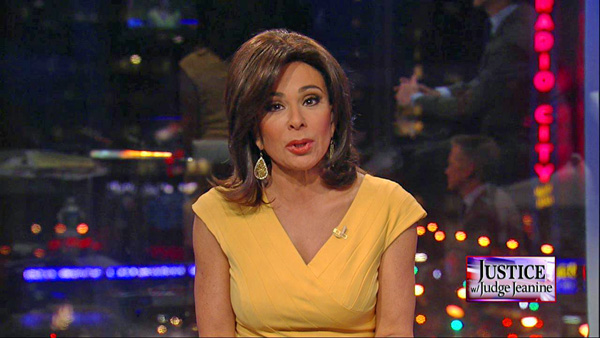 Fox News host Judge Jeanine Pirro asked the question on her show Saturday in a segment about the House Democrats' impeachment investigation of President Trump based on an anonymous whistleblower's accusation that Trump threatened to withhold aid if Ukraine didn't investigate Hunter Biden's profiting from a Ukrainian firm while his father was Obama's point man for Ukraine policy.

Swalwell, who says President Trump harbors "consciousness of guilt," is now claiming the president obstructed justice because some current and former subpoenaed White House officials refuse to testify to the Democratic-led House.

"So if one person doesn't comply with a subpoena, then someone else is guilty of obstruction?" Pirro asked. "In all my years in a courtroom, I wouldn't dare even mumble that one under my breath. Rules of evidence are not only not honored, they’re not even considered. They’re not even relevant."

She said people should consider the source.

"Here’s a guy who fought desperately to be president, riding on the Russia collusion train, and he registered zero in polling on the presidential scale," Pirro said.
]
She pointed out Swalwell continued to insist on Trump-Russia collusion even after special counsel Robert Mueller confirmed it was a hoax.

Swalwell also has claimed the president's decision to remove former U.S. Ambassador to Ukraine Marie Yovanovitch was an "abuse of power."

"Hey Swalwell, a primer, you’re still polling at zero!” she said. “Another primer, the president of the United States can get rid of an ambassador just like the president had the right to the get rid of Jim Comey, just like Bill Clinton had the right when he cleared out the U.S. attorneys at the Department of Justice. Don’t you remember your hero, Barack Obama, said elections have consequences. Or are you a special kind of stupid?"

She insisted nothing the president did regarding the Ukrainian president was illegal.

"They all say the president is undermining the rule of law. What rule of law are they talking about? Here’s another primer, whenever the federal government gives you money, they make a demand in return. It’s called a quid pro quo in politics, but it’s not illegal and it’s not impeachable," Pirro said.

"If you're a city, town, village, state, or even a local D.A. like me, and you ask the federal government for money, they will require that, in exchange for that money, you do and prove that you did X, Y and Z," she said on her show Saturday night. "The United States does not give money because they are nice guys. They give money because they want something in return. It's never a gift."

She said that if Democrats insist on investigating quid pro quos, they should take a look at Barack Obama.