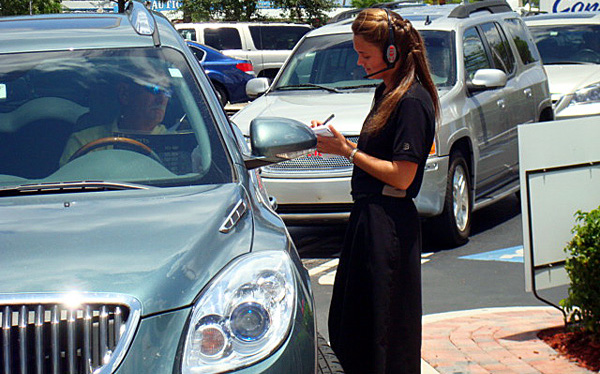 The statement came only hours after Christian leaders who have supported Chick-fil-A for its well known defense of traditional marriage urged the company to reverse its decision to stop donating to the Salvation Army and other Christian charities.

The letter to Chick-fil-A CEO Dan Cathy said, "We are tremendously disappointed at your company's complicity in defaming the mission and intent of the Salvation Army, one of America's oldest and most accomplished charitable organizations."

The tax filing reporting the donation to SPLC was posted online by Propublica, noted Ryan Bomberger of Townhall.com.

Perkins said Wednesday: "Not only has Chick-fil-A abandoned donations to Christian groups including the Salvation Army, it has donated to one of the most extreme anti-Christian groups in America. Anyone who opposes the SPLC, including many Protestants, Catholics, Jews, Muslims, and traditional conservatives, is slandered and slapped with the ‘extremist’ label or even worse, their ‘hate group’ designation. At one point, the SPLC even added Dr. Ben Carson to its ‘extremist’ list because of his biblical views (and only took him off the list after public outcry)."

FRC and Chick-fil-A were linked forever in 2012 when a terrorist stormed FRC's Washington headquarters with a loaded semi-automatic pistol, 100 rounds of ammunition, 15 Chick-fil-A sandwiches with the aim, as the shooter later confirmed, to kill as many people as possible.

"Seven years ago, a shooter entered our building with the intent to murder as many people as possible and smear a Chick-fil-A sandwich in their faces. The gunman was enraged by the nationwide Chick-fil-A Appreciation Day held two weeks before and used the SPLC’s 'hate map’ to identify FRC as his target," Perkins explained.

"Despite being seriously wounded, the FRC building manager, Leo Johnson, heroically stopped the gunman. Dan Cathy, nor anyone with Chick-fil-A inquired about the well-being of Mr. Johnson or any of the FRC team members, but they made a donation to the SPLC which was linked in federal court to this act of domestic terrorism. Chick-fil-A has seriously lost their way."

Video of the FBI interrogation of Corkins:

Bomberger wrote in an article about the company's change in priorities for charitable donations that the $2,500 donation was "to the same corrupt SPLC that still outrageously lists FRC as a 'hate group.'"

"Chick-fil-A funds the deeply political YWCA, a radically pro-abortion and pro-LGBTQ organization that repeatedly partners with Planned Parenthood. Chick-fil-A also funds the DC-based New Leaders Council that identifies as a 'hub of progressive millennial thought leadership' which exists to 'support one another along their individual path to a more progressive political and cultural landscape.'"

Other recipients of Chick-fil-A gifts are the pro-abortion Pace Center for Girls, the pro-LGBT Chris 180 group and the pro-LGBT Junior Achievement.

The leaders' letter said, "When you were under attack by the left in 2012, America's families stood with you. We, the signers of this letter, stood with you, and many of us urged our supporters to do the same. We helped form long lines at your stores, stretching out the doors and around the buildings, in many cases. As a result, your restaurant chain vaulted into the top 3 nationwide."